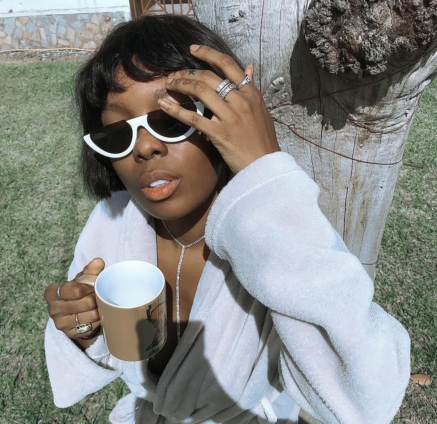 Singer Feli Nuna has made an observation that has got many social media users talking.

According to The Off Da Ground signee, songs released by some artistes sound conspicuously similar to her previous unmastered works.

In a series of tweets, the ‘Anadwo’ singer indicated that it is “funny how artists be releasing music and it sounds like my old demos.”

She explained that though her intention is not to downgrade colleagues in the industry, she believes her position on the sentiment is a statement of fact.

Then at some point I admit to also believing that that was the way to have a hit song. Forcing me to create music that sounded more like the ones out there on the radio etc. I wasn’t truly happy.. but I felt that was what I had to do to be a successful artist.

“That’s one of the 2 main reasons I took another break off the scene from 2019 – 2021. Cos I had to reassess my vision and get back on track The thing that I loved doing so much became a difficult chore. It became such a pain. Also because I was an independent artiste at the time,” she added.

The musician further expressed her renewed commitment to work towards releasing sounds that reflect her value and belief.

She indicated, in subsequent tweets that she is “in a better place. Grateful for the resources I have now.”

Feli Nuna says she will do her best to put Ghana on the map through her talent.