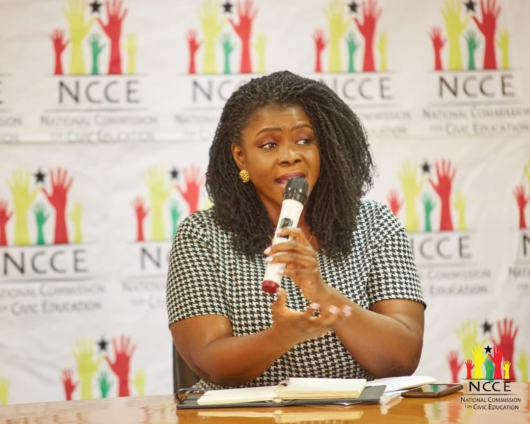 The National Commission for Civic Education (NCCE) has rejected calls for chaos and actions that have the potential of causing violent overthrow of legitimately elected governments.

According to the NCCE, the Constitution provides citizens the right to speak out and demonstrate when governments are not working as expected.

In an interview with JoyNews, the acting Chairperson of the Commission, Kathleen Addy, noted that the use of violence only leaves debilitating consequences that eventually erode the nation’s gains.

Her comments were made during a media engagement to mark the constitutional week celebration, which is under the theme, ‘Three Decades of Uninterrupted Constitutional Rule, Revisiting an Agenda for Reforms’ in Accra on Thursday, June 2.

“We have come a long way as a country and in spite of all its flaws, this Constitution has guided us and has been instrumental in the 30 years of uninterrupted constitutional rule that we have experienced.