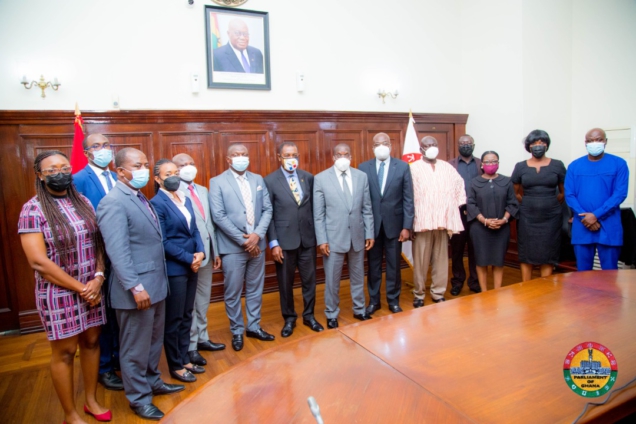 The Speaker of Parliament, Alban S. K Bagbin has assured the business community of Parliament’s commitment to extensively engage them on proposed amendments of laws that affect the growth of local businesses.

“One of the things I want to do is to engage civil society to present drafts of the proposed amendments that will better serve the business community,” he said.

According to him, Parliament will directly engage them on the drafting of amendments to laws that affect their operations to ensure that their concerns are fully addressed.

“I will get the relevant committees to look at the specific laws in question and work with you to address the concerns.”

Mr Bagbin gave the assurance while addressing concerns raised by the Federation on some compelling issues affecting the growth of the private sector including laws on taxation, at a meeting with a delegation from the Private Enterprises Federation (PEF) in Parliament House on Tuesday, May 25.

The President of PEF, Nana Osei Bonsu, who led the delegation said it was time for the legislature to create a periodic dialogue platform where issues affecting the private sector could be discussed with members of the House.

He said issues affecting the private sector, including shortcomings in the tax collection system and general misunderstanding of the tax laws in the business community, must be addressed by Parliament.