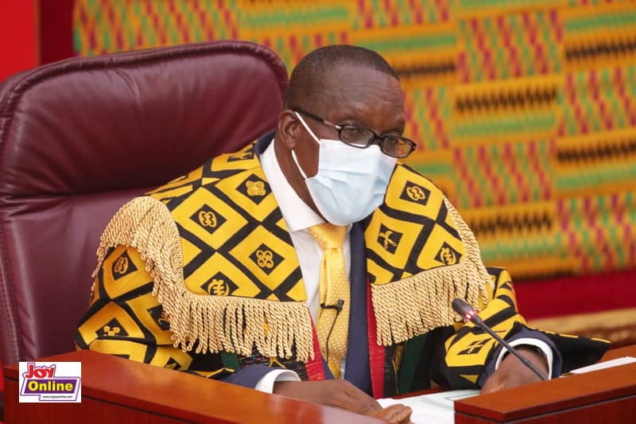 The Speaker of Parliament, Mr Alban Bagbin has met with the leaders of both National Democratic Congress (NDC) and New Patriotic Party (NPP) Caucus in Parliament over the confusion that rocked the inauguration of the 8th Parliament.

Sources close to the meeting also indicated that the leaders of the two sides could not agree on which side of the caucus is the majority or minority in the legislature.

As a result of this stalemate, the leaders from both sides were tasked to go and discuss the issues and come back with a recommendation on how they can resolve the issues.

Additionally, it emerged from the meeting that Mr Andrew Amoako Asiamah, the Independent Member of Parliament (MP) for Fomena and Second Deputy Speaker has been asked to write officially to the Speaker on which side he intended to align with.

The Fomena MP is expected to do the formal communication to the Speaker Alban Bagbin between now and Friday 15, January 2021.

It would be recalled that there was chaotic disruption of proceedings for the election Speaker and the eventual inauguration of the 8th Parliament.

The confusion witnessed in the Parliament was as a result of a stand-off between the NDC MPs and the NPP MPs over the voting processes for the election of a new Speaker.

The NDC insisted on a secret ballot per law, in anticipation that there were some NPP MPs who would vote for its candidate.

For hours, there was a deadlock between both sides, culminating in the deployment of armed military and police personnel onto the floor of Parliament.

After the disagreement was settled, the ballot was cast, and Mr. Bagbin was eventually elected Speaker.