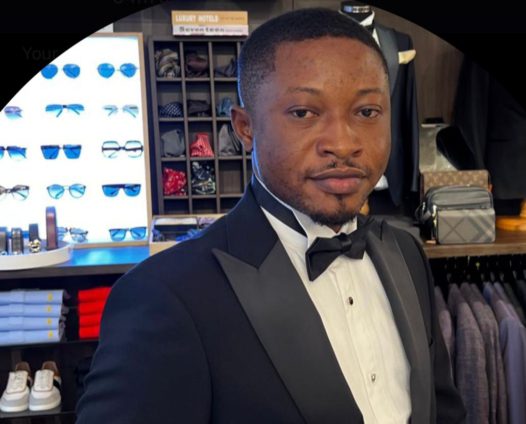 The prestigious award was in recognition of its astuteness and excellence as a recruiting agency in the country.

Sporti Merchant emerged tops after painstaking research by renowned research body Bureau of Research on Governance and Commerce Administration (BORGCA), having succeeded in reducing unemployment in Ghana and Africa.

They have helped over ten thousand Ghanaians since 2012, free recruitment for over 800 Ghanaians for an Abu Dhabi National Expo in Dubai.

Chief Executive Officer of Sporti Merchant Company Limited, Osei Boakye Arko expressed his appreciation for the recognition saying, “We are most grateful to the organizers for the honour, it will indeed urge us on to do more our country and continent.”

The Chief Executive Chancellor, Dr Christian Kwetey Kweitsu, the Federal Council President of the World Diplomatic Federation (WODIF) said in his address, “They and their partners cherish honouring individuals and corporate institutions to bait and urge people to do more for society.”

“Lets us get focused on our dreams and ensure we achieve them than being bothered with matters that are not necessary,” he said.

“The WODIF looks up to situations to honour deserving people in our society than rather wait to see one passing on to eternity before acknowledging his/her achievements.”

He added “It is our obligation and our mission to project the goodwill of the people. It is painful, seeing great men and women gone to eternity without being recognised and honoured for the successes made in their time.

“Every human institution should understand that the world is looking up to our impact and downtrends in life, so must endeavour to forge ahead, irrespective of the challenges that may culminate.

“Let us use our positions to create historic legendary livelihoods and be ready to leave legacies for the next generation to follow and keep for life.

The Federal Council President of WODIF Professor Victor Yankah, Faculty of Arts, University of Cape Coast (UCC) in his speech said the theme is remarkable.

“A holistically disciplined people would lead to the evolution of disciplined and exemplary leaders from amongst them, and they would eventually build a nation that stands tall in integrity amongst the comity of nations.

On his part, the WODIF Federal President said, “So, what kind of leadership do we get? Leaders who are supposed to be visionary are in short supply. We have leaders who want to be praised for their mediocrity. They use their position and resources to personal aggrandisement and glorification rather than show selfless devotion to the task of nation-building. They prefer to issue edicts for the control of organs of government and the people rather than serve the interest of the people. Instead of allowing institutions to work, they exploit the technical loopholes in those institutions to their benefit.”

“Worse of all, such leaders may be suppressing people in their own nation, however, through their influence and links with the media and powerful external bodies which support them because the wreck of their nations is their gain, they create the impression of a nation that’s doing very well. Let me say this here. I suspect this may make some people think of changing my sleeping place, but the truth must be told.

“When the people you call your foreign partners to continue to applaud your superintendence over the problems beware. They are applauding the fact that you are serving their purpose – a fragmented Africa will serve to build their own.

“Leadership of integrity, creative leadership that carries the populace along with them owing to the appeal of their ideas and disciplined leadership are as rare as the urine of a rooster.”

He said that, “Let our leaders be listeners rather than unilateral decision-makers (I am at pains to use the expression democratic dictators). Let them be people who have the guts to make decisions in the interest of their countries and damn the consequences rather than fawners listening and pleading in foreign parlours of condescension, before people who seek only their interests and nothing else. Let our leaders be persons who seek the integrity of their countries in everything they do. Let them be men and women of the people rather than tricksters of the people.”

DISCLAIMER: The Views, Comments, Opinions, Contributions and Statements made by Readers and Contributors on this platform do not necessarily represent the views or policy of Multimedia Group Limited.
Tags:
Most Treasured Recruitment Agency Honours
Presidential Globe African Heroes Honours 2021
Sporti Merchant