Stephen Appiah: Black Stars should be ready to face any team after draw - MyJoyOnline.com

Stephen Appiah: Black Stars should be ready to face any team after draw 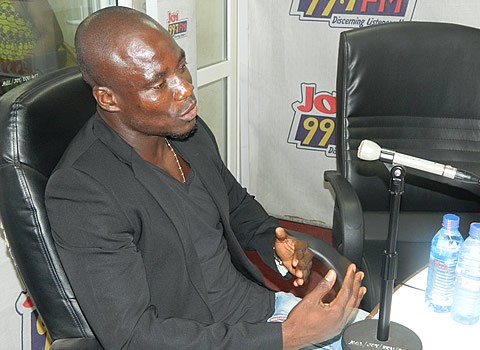 Ex Black Stars captain, Stephen Appiah says Ghana must be ready to face any opposition at next year's world cup in Brazil. The Stars will know their opponents for the group stage of the World Cup at the official draw scheduled for  December 6.

With some of the world's soccer power houses at the show piece ,Soccer pundits and fans have began talking up a tough group draw for Ghana. Stephen Appiah who has played in two World Cups in an exclusive interview with  JOY Sports hinted the Stars should be up to the task if they draw Top guns.

" I  think that if we are going to be scared about the  sort of countries we will face then we  have to forget  about  the world cup. I think  the important thing is we have to  be prepared to meet any team comes our way "he noted.

The former Juventus player who captained the Black  Stars at the 2006 FIFA World  Cup in Germany  where Ghana drew  heavy weights like  Italy , Czech Republic -then ranked number two in the world and the USA further hinted being handed  tough draws could be a blessing in disguise.

"At times you know football  can be very tricky , when you play against big clubs its more easier than playing with small countries so I think that we just have to be ready and we should be thinking about teams you want to meet in the tournament"

The Black Stars sealed qualification after they beat Egypt 7-3 on aggregate in the Africa World Cup play offs in October and November. On December  6 ,2013 all qualified teams including hosts brazil will learn their group opponents at the  FIFA World Cup Brazil Final Draw scheduled for Costa do Sauipe in the Brazilian state of Bahia  at 13.00 local time