Stereotyping and trolls have made me a better broadcaster – Serwaa Amihere 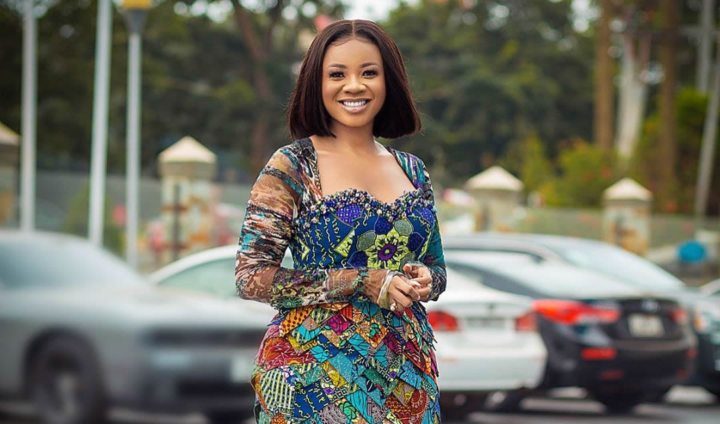 Host of Gh One TV’s morning show, Serwaa Amihere, has revealed that she leaves some interviews to her male co-host to handle because of trolls.

She said constant criticisms of her ability by people who are ever ready to stereotype and poke fun at her at the slightest mistake have over the time made her a strong person.

Discussing the challenges of women in the media on Joy FM’s Strong and Sassy show on Wednesday, she said that it takes a lot for her to prepare for the show, but, she is always thinking about the “army” that is waiting for her to make a mistake.

“After the budget, I said that ‘no Lantam go and do it, I will stay back and watch’. There have been times where I had to call George Wiafe (of Joy Business) and say ‘you need to take me through this’.”

“But, in the morning when I get to work and I want to do the interview, there is something telling me when you make the slightest mistake, people will come for you so let the man do it,” she said.

She said the situation is different for her male co-host and hosts of other political shows on other channels may make the same mistake she does, but, they will live to see no troll, Serwaa Amihere told the host, Animwaa Anim Addo.

“I am treated differently because I am a woman. I am trolled on social media for being an airhead and for not being the smartest person like it happened with the recent Kojo Oppong Nkrumah interview.”

She revealed that she has had to motivate herself every morning, continuously for the past two months, that she can actually do her job because of the trolls.

Serwaa Amihere added that she does not understand why she is treated differently from her male counterparts who are no better than her.

She, however, praised the General manager of her station Nana Aba Anamoah for being a role model who pushes women up regardless of the position others may take.

“She knows how difficult it is (for women) out there,” Serwaa Amihere added.