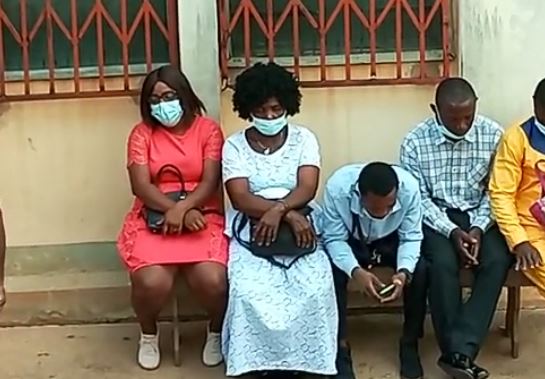 A Takoradi Circuit Court has adjourned for another four weeks, the case of a 27-year-old woman who allegedly faked her kidnapping in Takoradi.

Josephine Panyin Simons, who also allegedly pretended to be pregnant for over nine months, is expected to reappear in court on November 11, 2021.

She was charged with deceiving public officers and publication of false news to put fear in the public.

The accused person has pleaded not guilty to all the charges.

Thursday’s adjournment resulted from the unavailability of the prosecution to provide some documents needed to start the case management conference.

Lead counsel for the accused, lawyer Fiifi Buckman told the media after the hearing that; “the substantive prosecutor couldn’t attend court so we have to send all the documents back to him to look through because he is doing the prosecution.”

The case was presided over by Michael Cudjoe Ampadu.

Josephine Simons Mensah appeared in court looking healthy and smartly dressed in a pink dress with sneakers to match.

Police in the Western Region responded to a distress call when it was reported that Josephine, supposedly pregnant at the time, had gone missing after an early morning walk on Thursday, September 16.

This sent the town into a frenzy, igniting sentiments about her possible whereabouts and safety.

Following her reappearance in Axim on September 21, police investigations pointed to an allegedly deliberate orchestration of the whole incident.

Some three others were arrested for questioning.

Upon further interrogations and medical examination at the Effia Nkwanta Regional Hospital, which returned negative, the victim admitted to the crime.

A section of Ghanaians say the turn of events is bizarre and wondered the rationale behind it.