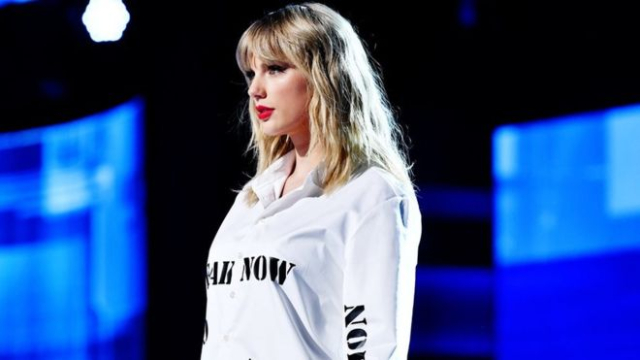 Going into the American Music Awards, Taylor Swift became embroiled in a feud with her former record label over whether she had the right to play her old hits.

In the end, she did get to perform songs like Blank Space and Love Story, while making a subtle nod to the spat.

The star took to the stage in a prison-style white shirt, stencilled with the names of the six albums her old label owns, and sang The Man: A song about women’s struggle to be taken seriously in the music industry.

But the moment passed quickly; and Swift shed the outfit to reveal a more characteristic gold sequinned one-piece outfit, before launching into a 13-minute medley of her biggest songs.

She was joined by Camila Cabello and Halsey to duet on an energetic performance of Shake It Off, and ended behind a pink piano, playing her recent single Lover as ballet dancers Misty Copeland and Craig Hall pirouetted in front of her. 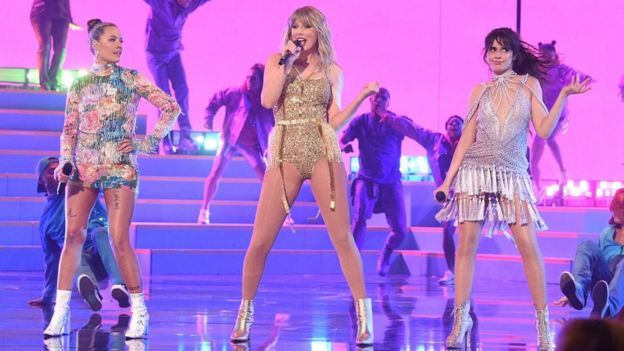 After standing for applause, Swift was presented with the Artist of the Decade award by legendary singer-songwriter Carole King, whose hits include I Feel The Earth Move and (You Make Me Feel Like) A Natural Woman.

King commended Swift for the strength of her lyrics, and the relatability of her music before predicting: “The best is yet to come.”

In turn, Swift acknowledged the impact King’s music had had on her parents and her family, saying it was every musician’s goal “to create something that will last”.

Addressing her fans, Swift continued: “This is an award that celebrates a decade of hard work and of art and of fun and memories, all that matters to me is the memories that I’ve had with you guys, with you the fans, over the years.

“We’ve had fun, incredible, exhilarating, extraordinary times together and may it continue.”

The career-spanning honour wasn’t Swift’s only award at the ceremony – she picked up another five competitive awards, including artist of the year.

That brings her total tally of AMA trophies to 28 – breaking a record held by Michael Jackson, who received 24 American Music Awards 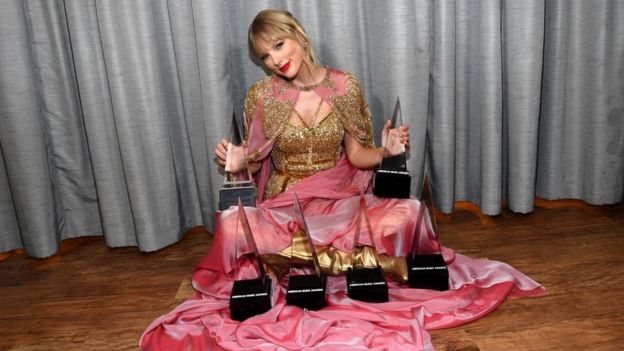 The star posed backstage with her awards

But the show, held at LA’s Microsoft Theater, wasn’t just about Swift.

Billie Eilish made her award show debut, surrounded by pyrotechnics as she performed the brooding All The Good Girls Go To Hell.

The 17-year-old went on to win two prizes – best new artist and favourite alternative rock artist, the latter of which seemed to take her by surprise.

“I’m shaking,” she told the audience, holding a half-sucked lollipop in her left hand. “To even be mentioned in this category is insane to me. 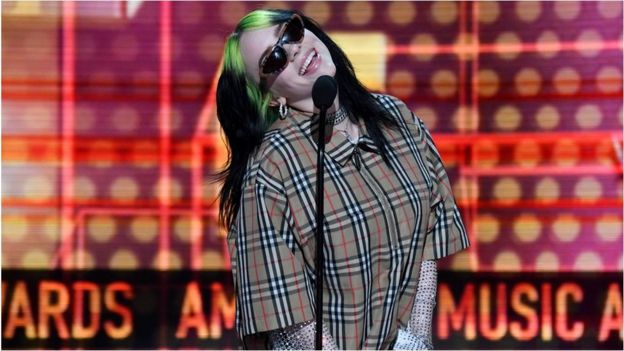 Going into the night, the most nominated artist was Post Malone, who had seven nods, including artist of the year, collaboration of the year and favourite male artist.

In the end, he took home one prize, favourite hip-hop album, for his latest release Hollywood’s Bleeding.

Six-time nominee Ariana Grande, who missed the show to play a concert in Orlando, failed to win any of her categories; while K-Pop sensations BTS won tour of the year, favourite group and favourite social artist.

The ceremony had a few awkward moments – Jamie Lee Curtis stood on Camila Cabello’s dress, almost causing a wardrobe malfunction, while Selena Gomez suffered pitching issues while performing Lose You To Love Me, a song that contains a lyric about singing off-key. 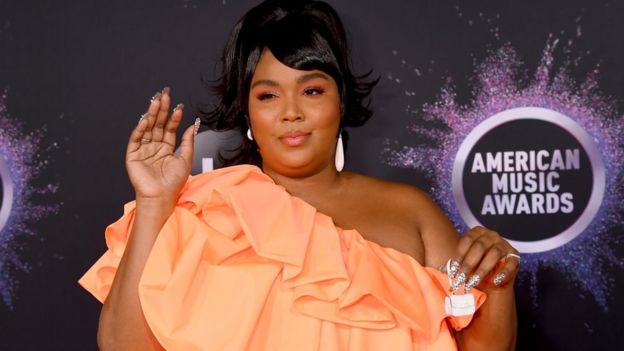 But there were show-stopping performances from Dua Lipa, Lizzo and Toni Braxton, who celebrated the 25th anniversary of her career by performing the multi-platinum hit Unbreak My Heart, accompanied by a string orchestra.

Ozzy Osbourne joined Post Malone and Travis Scott to play Take What You Want; and Shawn Mendes got steamy with Camila Cabello during their performance of Senorita.

The show closed with Shania Twain, who sang acoustic versions of Drake’s God’s Plan and Twenty One Pilots’ Stressed Out, before launching into a medley of her greatest hits, including Still The One, That Don’t Impress Me Much, and Man! I Feel Like a Woman.

The performance marked her first AMA appearance since 2001. In the intervening years, she developed debilitating vocal problems that forced her to temporarily give up recording and performing – and her celebratory return brought the crowd to their feet. 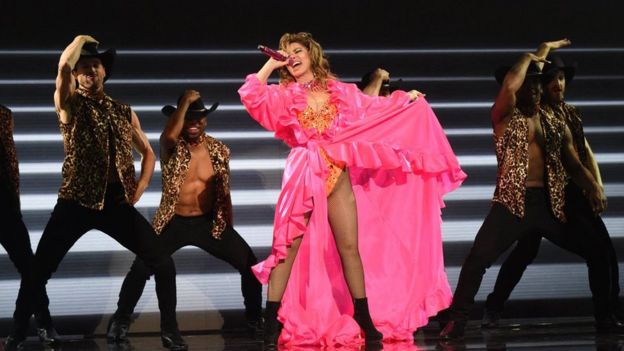