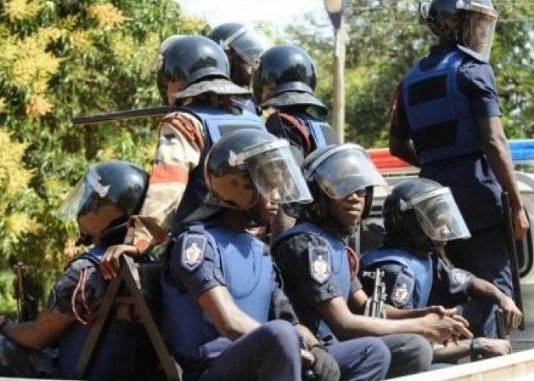 The Accra Regional Police has granted a police enquiry bail to a teenager over an alleged feigned kidnapping.

Police are also searching for Doreen Nkunu’s alleged accomplices. Deputy Superintendent of Police (DSP), Effia Tenge, Head of Public Affairs Unit of the Command, made this known to the Ghana News Agency, in Accra.

She said on January 04, 2021, the Adenta Police received a complaint from Nkunu’s father that on January 03, 2021 at about 1400 hours, Doreen Nkunu,18, a Senior High School final year student left home unceremoniously and had since not returned.

The police said the teenager’s father said during WhatsApp chats with Doreen’s cell phone number, an unidentified person who claimed to have had Doreen in his custody demanded a ransom of GHC 1,000.00 and subsequently  provided phone numbers into which the money should be paid.

DSP Tenge said investigations commenced assiduously by the Intelligence Unit to get the suspect involved arrested.

The police said the complainant indicated further that, he did not pay the ransom demanded.

“It is highly suspected that Doreen feigned her kidnapping with other accomplices who might be her boyfriend, to create fear and alarm in order to force her parents to part with the money,” she indicated.

The police said Doreen had been interrogated, cautioned with the offence of Publication of false news, contrary to section 208 of the Criminal Offences Act, 1960 ( Act 29 ) and released on Police enquiry bail.