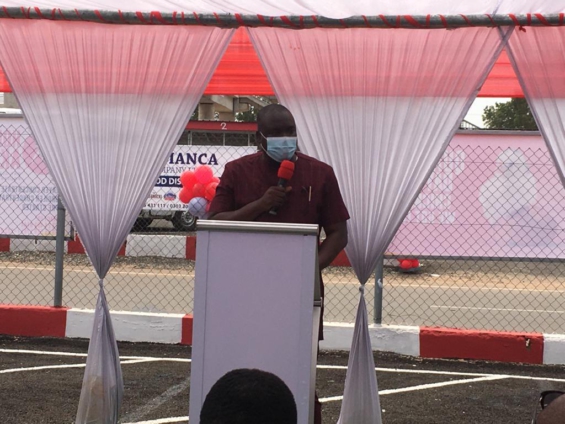 The new terminal, Mr. Anang-La explained to the Ghana News Agency in Tema, would make traveling friendly and safer for the public within the metropolis.

He said, “It is going to give us an option, now people living within Tema central can board a car from motorway interchange instead of going to Community one terminal to do that.”

According to the MCE, the TMA had three more terminals to construct, and was expecting to do more terminals in Tema including construction of a truck terminal for truck drivers.

“We are also looking at another car park in front of Elpaso and a Lorry Station for the Ghana Private Road Transport Union (GPRTU) at Tema Newtown.

He commended the Urban Roads Department and The Transport Union for their expertise, experience and their great effort by putting up terminals such as TMA frontage terminal, Community one main transport terminal and assisting to make the event possible.