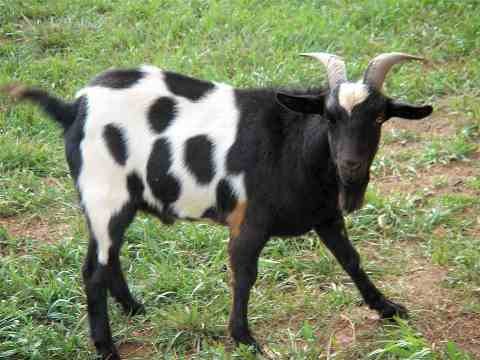 Tension is mounting at Beposo in Sekyere Central District in Ashanti Region, following the order by Nana Boamah Kwabi IV, Omanhene of Beposo, that goats and black dogs should be taken away from the town.

According to Nana Kofi Asare, a linguist and spokesperson for the traditional council, said 40 days have been given for the implementation of the order, which expired on Sunday, July 5, and the council would soon implement it

A sub-chief who spoke to Ghana News Agency on condition of anonymity said about two months ago, a fetish priest from Seikwa in the Brong Ahafo Region visited the town and advised the paramount chief to remove the two animals from the town.

According to the chief, the priests attributed recent deaths of some prominent citizens in the town and especially the deaths of five citizens of Beposo who were involved in the June 3, twin disaster in Accra as spiritually motivated.

He said the priests advised the traditional council to remove the animals to avoid such unpleasant situation in future.

Meanwhile, people who rear goats in the town have vowed to resist the order unless the traditional council comes out to assign reason for the order.

During an emergency meeting, at Beposo the goat owners said, goats rearing is part of farming activities and that is what they do to make a living.

Mr Yaw Kwarteng, a spokesperson of the goat owners said they are law abiding citizens and would not do anything to disturb the peace in the town but insisted that they would not remove the animals until there is justifiable reason