The best weekend getaways from Accra

Are you one who merges travel with leisure? Are your weekdays spent in urban Accra, but you’re craving vital weekend tips, news, and information about the most exciting two- to three-day getaways outside of Ghana’s capital? Then this thread is just what you need.

With gorgeous beach resorts, exciting cuisine, and plenty to see and do, Ada is one of the most perfect places for your next weekend escape from Accra. Where the Volta River embraces the warmth of the Atlantic Ocean and palm-lined beaches frame a portrait of estuary islands, Ada gives a hundred reasons to switch up your routine and spice up those Saturdays and Sundays. Marine turtles breed on the seafront, which is a stone’s throw away from the Songor Lagoon, a bird habitat and wetland area. If you’re into history, a walk to the 18th-century Danish Fort Kongenstein will do. There are no other places in Ghana but Ada where you can find an ancient Presbyterian Church next to a 19th-century missionary cemetery. 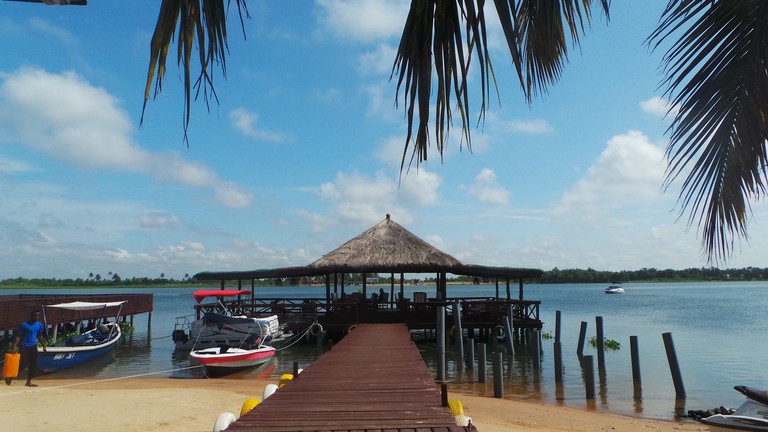 Ada is a crucible for rich culture and colorful celebrations year-round, boasting of genuine stories from the past. For a mash-up of thrilling and luxury experiences, Aqua Safari is one of the best places to visit outside Accra. The layout of the well-positioned masterpieces of the Aqua Safari structure offers an intimate connection to the raw landscape, integrating the wildlife all the way to the crocodile island and beach where you can sometimes spot whales. Whether you want a calm or vibrant stay, Aqua Safari’s water activities are exciting for different age groups and their restaurant is one for the family and friends. 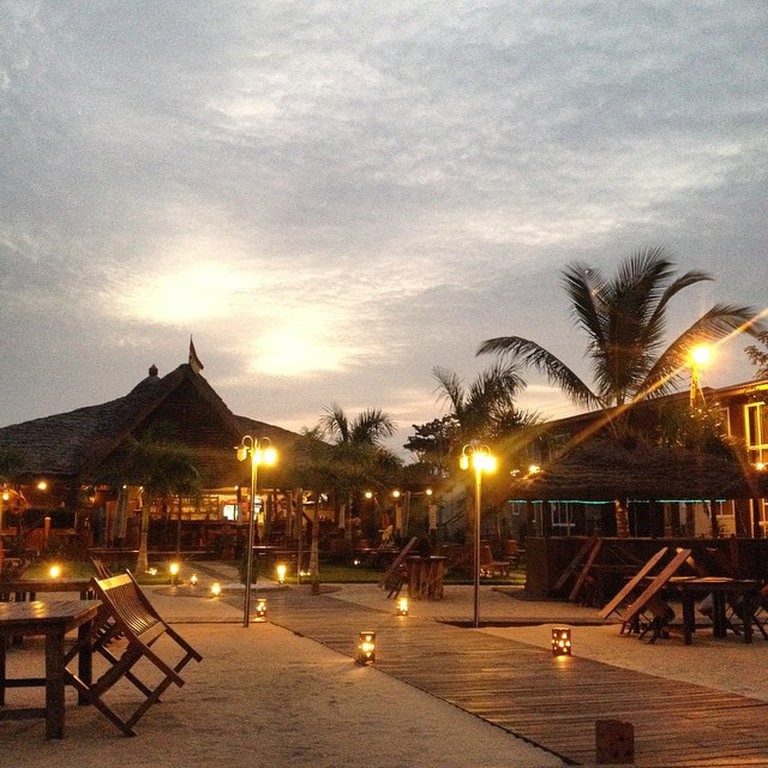 The fortified buildings of Portuguese, British, Danish, Swedish, and Dutch colonial engagements along the Ghanaian coast making up the popular UNESCO World Heritage Sites are here in Cape Coast and Elmina. Cape Coast to Elmina is an approximately half hour car ride, both with daily highs of 86°F (30°C) and lows of 80.6°F (27°C) at night. Regular fishing is organized on the shoreline, and inland is where the striking forest reserve landscape of Kakum National Park can be found. One more thing to do before the weekdays begin is to visit the International Stingless Bee Center. 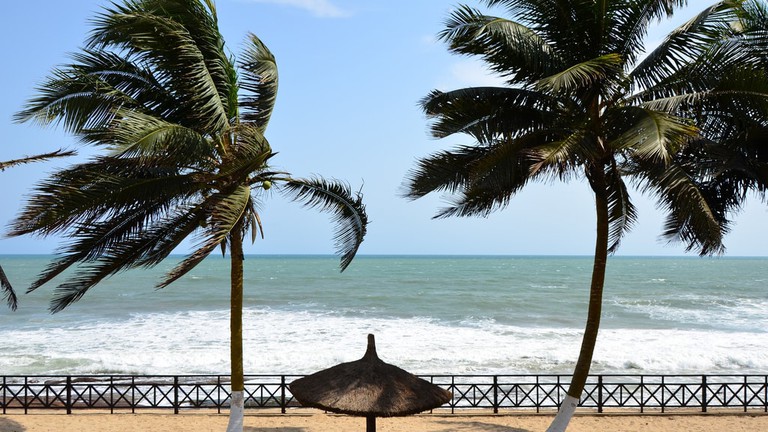 Oasis is where you plant your feet in the Cape Coast beachfront sands and enjoy the live music blasting from the colonial Ghanaian coastal center where the state-of-the-art restaurant serving international cuisine comes with a cocktail bar. Their nightclub is one to keep you on your feet spinning, especially during their memorable weekend parties. Their huts offer shade for backpackers and the energetic drummers, dancers, and acrobats add to a vibrant atmosphere.

Mole is the 1,872mile² (4,849km²) ‘eye’ of the second largest and the third most populous city in Ghana. Tamale is one of the fastest growing cities in West Africa, prominently mapping the links between the agricultural and commercial communities. The Center for National Culture’s stalls are coloured with handmade instruments and artefacts, and come alive with music and dance performances, especially on weekends. The Sudanese-styled Larabanga Mosque gives you an idea of how the 1400s looked.

A whole weekend should be enough to see all of the above, as well as the local kraal buildings with conical straw roofs east of Tamale. 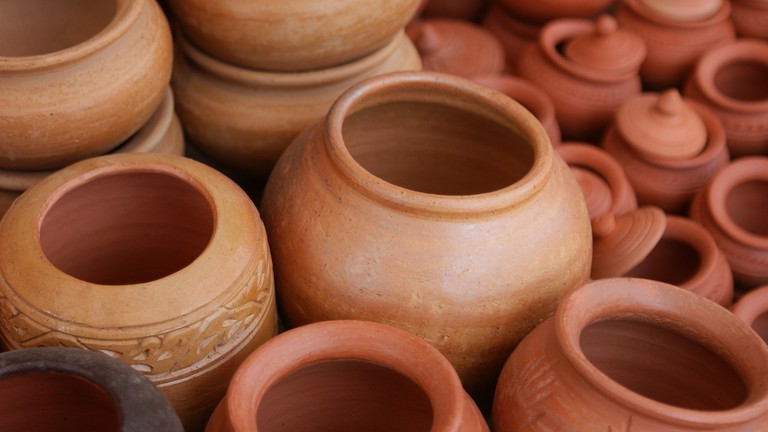 The densely-populated artsy district, Kukuo can be found in the Northern Region’s capital, Tamale. The pottery industry of Ghana is a very important aspect of the artefact market, and as such this Kukuo tourist attraction is remarkable. The local Kukuo women have made their mark as the pioneers and craftswomen pushing the trade for decades.

Kumasi is the belly button of Ghana and its centre is the open-air Kejetia Market, spilling with stalls, food joints and petty trade chatter all over Adum. A trotro ride from here takes you to the biggest kente village, Bonwire. The National Cultural Center holds inviting craft and performance workshops, as well as dance functions every weekend. What makes the Prempeh II Jubilee Museum a starter for the appeal of Manhyia kingdom is how it is curated to give you a time-travel experience to Ashanti civilization of the past few centuries. 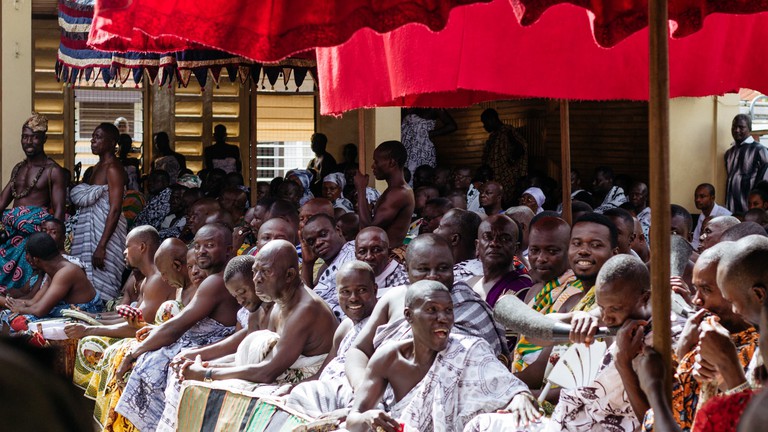 The Manhyia Palace Museum exhibition stock has historic objects on display including rare artefacts dating back to the pinnacle of early Ashanti civilization. The layout, design, and atmosphere remind of the most significant West African kingship era. Kumasi is attractive to visitors from all walks of life during the festivities of Adae or Akwasidae, which take place every 42 days. The celebration is where the Asantehene receives visitors and meets his sub-chiefs. Lifelike wax figures of previous Ashanti kings look like a solid shrine preserved in honour of Prempeh I, who returned after a quarter of a century from exile in Seychelles. 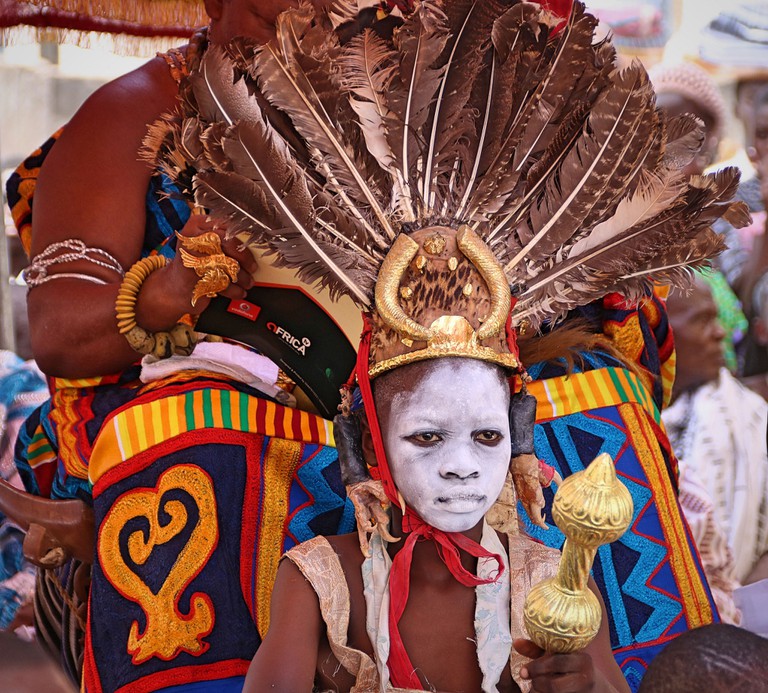 With an abundance of waterfalls, and lush green farmers’ paradises fusing into mountains that form boulders near the Volta river, the region with the biggest population of Ewe inhabitants is a weekend treasure. If you are into hiking or ecotourism, this is your place. 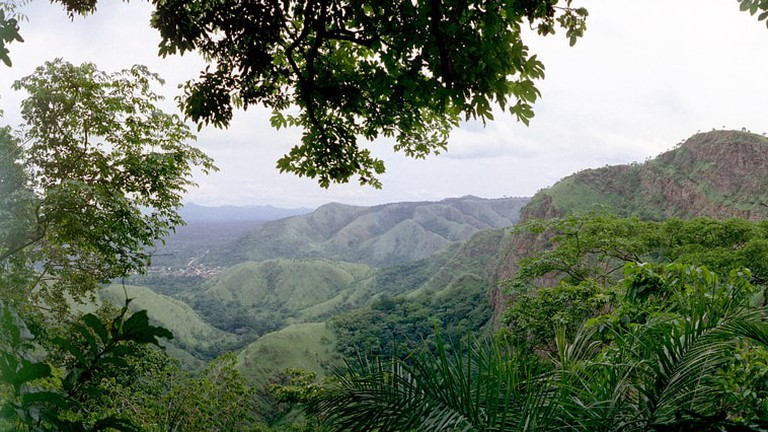 West Africa’s largest waterfall also boasts an astounding landscape, where a lush, wildlife-filled forest glows green all year round. The pathway to the falls is maintained well and cleanly kept with trash cans available at vantage points. Wli falls sit in the Agumatsa Sanctuary, home to 220 bird species and 400 butterfly species. Public transport from Accra to Hohoe costs about 30GHc (around $7 USD), while a bus from Hohoe to Wli from the lorry terminus costs just 5GHc ($1 USD). With an entry fee of 60GHc ($13 USD) for tourists and a tour guide fee of about 20GHc ($5 USD), you’re in for an unforgettable experience. 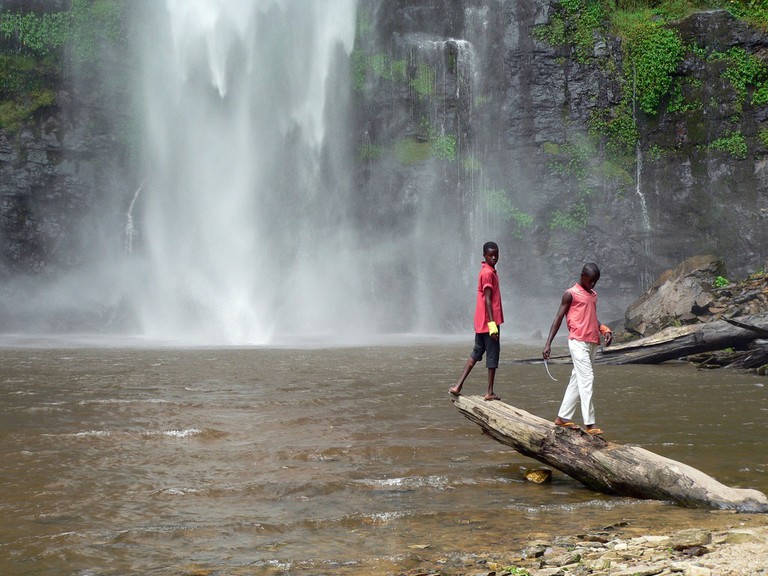 North of Bolgatanga is the small town Paga, populated by people with the biggest hearts in all of the Upper East region. Founded in 1400 by a young man called Naveh, who was saved by a crocodile while on a hunting expedition, the town now boasts of sacred crocodile ponds where visitors can play with live, friendly crocodiles. 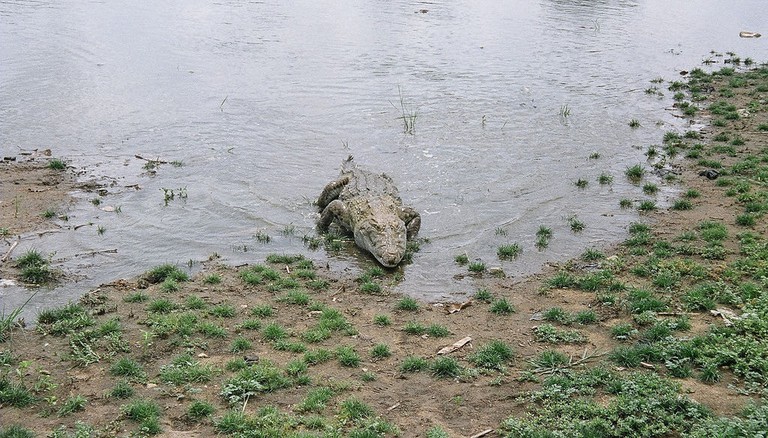