‘The ghost of Manzanar’: Japanese WW2 internee’s body found in US

A skeleton found in California last October has been identified as a Japanese-American artist who was held in a World War Two internment camp.

Giichi Matsumura had gone on a hike with fellow internees from the Manzanar internment camp for people of Japanese ancestry when he died in August 1945.

He left the group to paint the scene in solitude when a freak storm hit.

Mr Matsumura was given a sparse burial in the mountains, and details of his death were eventually lost to time.

But last year, he was rediscovered.

'The ghost of Manzanar'

Tyler Hofer and Brandon Follin were hiking near Mount Williamson when they came across an intact skeleton, partially covered by rocks.

According to Associated Press, the skeleton had a belt around the waist, leather shoes on the feet, and its arms were crossed over its chest.

Officers from Inyo County Sheriff's Office, the local police force, searched their records for missing person reports dating back decades and couldn't find anyone matching the description of the skeleton.

However, Mr Matsumura's story had been given renewed attention in 2012 when a documentary about the Manzanar camp came out. Although a segment about his death didn't make it into the final film, director Cory Shiozaki would talk about it at screenings. 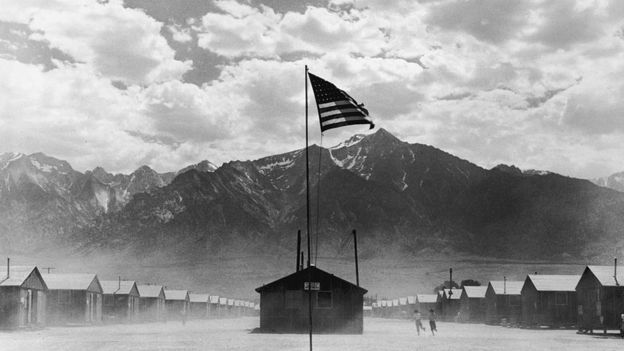 Lori Matsumura told Associated Press that she knew her grandfather's remains were in the mountains somewhere because her grandmother would show her a photo of the pile of stones that covered his body.

Her aunt, Kazue, also told her he was known as "the ghost of Manzanar".

Caught in a storm

Manzanar was one of 10 concentration camps set up by the US government during World War Two to detain Japanese-origin people in the US.

According to historical records, inmates would often sneak out of the camp to go fishing or for other hobbies. But by the time Mr Matsumura and his group went on this hike, the US government had lifted its exclusion orders and inmates were allowed to leave the camps.

In a statement, the sheriff's office said Mr Matsumura had joined a group of fishermen from the camp who wanted to go to the high mountain lakes of the Sierra Nevada nearby.

After a while, he left the group so that he could paint and sketch, a hobby officers say he had taken up at Manzanar. 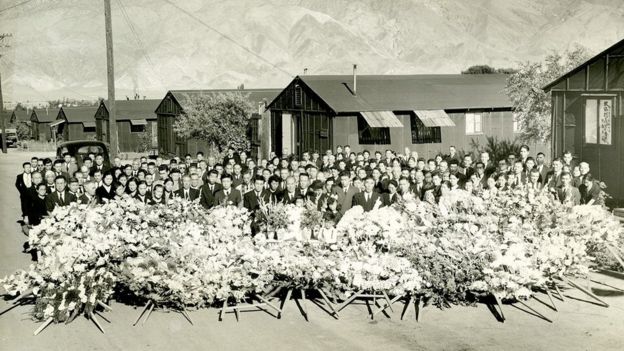 A Buddhist funeral service was held for Mr Matsumura after his body was buried in the mountains.

A storm suddenly hit. After it subsided, the group tried and failed to find him.

Mr Matsumura's body was eventually found on 3 September 1945, by a local couple who were hiking in the mountains.

A few days later, Manzanar officials arranged for a small group to hike up to the area and bury his body there, because it was "too high" to bring down from the mountain.

"The Matsumuras, like many families incarcerated during the war, had no home or business to return to and so they continued living in Manzanar until the government shut the camp down permanently on 21 November, 1945," the sheriff's office said in a statement. 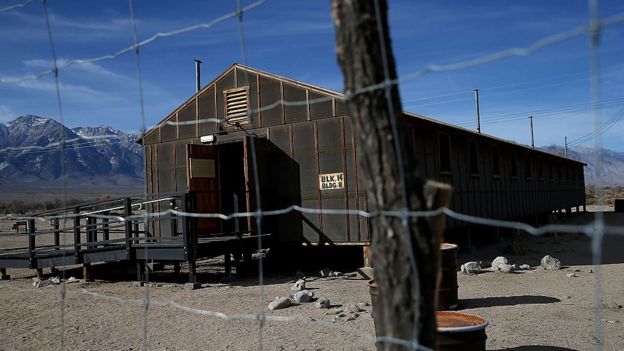 Manzanar is now maintained as a museum and memorial site

Then, they added, the Matsumura family returned to Santa Monica, where they had lived before the US Army forced them out of their home three years earlier.

"We hope that his family will have some closure and peace now that a positive identification has been made," she added.

The campsite is now maintained as a museum and memorial to those who were interned there.