The hotel room that’s deliberately difficult to stay in

The bed is difficult to get onto and has barely enough space to squeeze around. The bathroom door doesn’t shut, and gets in the way when you reach for the toilet roll dispenser.

This may sound like a pretty typical TripAdvisor review.

But if you stay in the hotel bedroom created by Christopher Samuel, don’t rush to post a scathing review. He has actually designed it to be as annoying as possible (while remaining just about habitable).

“You probably wouldn’t spend more than a night in it in reality,” says Michael Trainor, creative director of the Art B&B in Blackpool. “I think the novelty would soon wear off.”

Samuel is one of 19 artists who have kitted out a room in the seaside B&B. And it’s hard not to chuckle at the fiendishness of Samuel’s adaptations every time you spot another deliberately awkward feature (the upside-down shower gel dispenser is a particular triumph of user-unfriendliness). 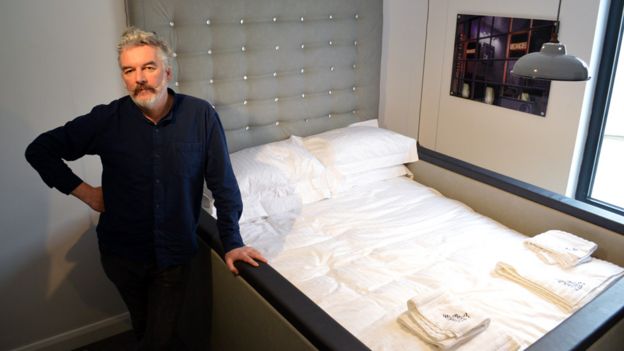 By making life difficult for visitors, the artist wants to give them a taste of the access problems faced by many disabled people.

“I knew people would find it amusing at first, but in reality when you live that every day it’s not funny any more,” he says. “It’s inconvenient, it’s frustrating, it’s humiliating at times.”

In 2017, Leicester-based Samuel, who uses an electric wheelchair, was forced to live in an inaccessible hotel room as emergency accommodation for three months.

“I was technically made homeless by two local councils, who were arguing over my care costs and access needs,” he explains.

“I couldn’t move around the room freely. It was very tight. For me to get in the door, I had to go into a little corner, then I had to shut the door behind me and I had to reverse out and navigate around the bed. 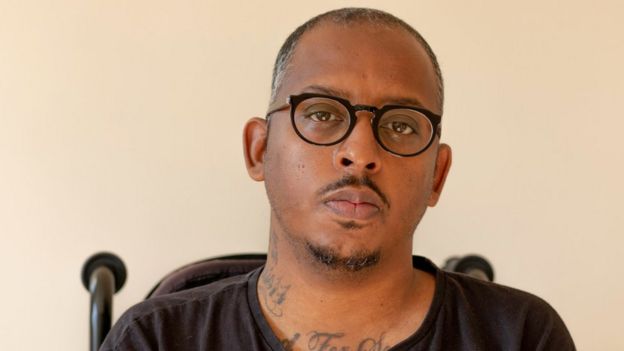 Christopher Samuel hasn’t seen his room, because he can’t access it

He doesn’t mind if the deliberately inaccessible room he has now designed raises a smile at first. “On the surface level it’s quite playful and theatrical,” he says. “But it’s real.

“Why should I be upset if someone has not experienced what I’ve experienced? The whole point is for that conversation to be had, and for people to think about it.”

In his room – titled Welcome Inn – the bed is surrounded by a 3ft lip, which you must scramble over every time you want to get in or out. The bathroom door doesn’t close because it hits the toilet, meaning there’s no privacy. 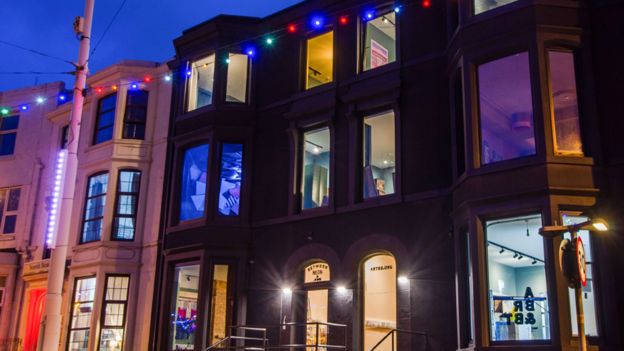 There’s a particularly ingenious arrangement for watching TV, and other tricks are likely to leave you exasperated if you want to use basic things like the bedside lights, shelf or table.

“Anyone with wheelchairs will know that when we go to places that have tables and chairs, a lot of the time you can’t get under them, or they’ll be too high, or there’s a bar in the middle of the table so you have to position yourself to the side,” Samuel says. “It’s little things like that.”

Before designing the room, Samuel made a series of artworks titled Housing Crisis, comprising heavily redacted images of some of the 500 emails that went between him, the councils and a solicitor. One example on his website shows a long email with everything except the words “softly spoken” and “dignity” blanked out. 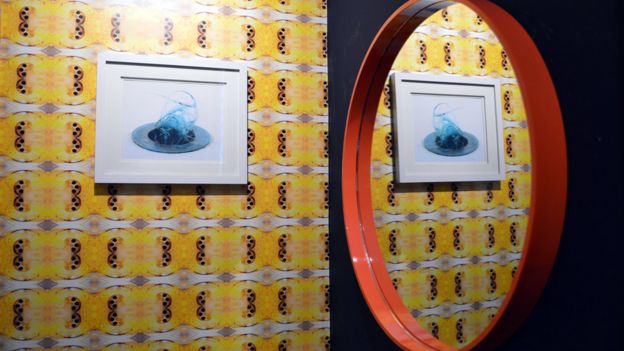 Decor designed by Kristina Veasey, also disabled, stems from her frustration at battling to keep up with the housework

As well as giving non-disabled people an uncomfortable stay, the artist wants his room to make a bigger point.

“The work is about a wider issue due to austerity and the fact that there’s a housing crisis, there’s cuts being made to councils,” he says. “The people who are suffering most are the most vulnerable – the disabled and the elderly, who are being pushed out of society.”

When he was forced into hotel accommodation, there were “so many insane suggestions”, he says, such as: “That I should go into a care home, or I should wear an incontinence pad when I’m not incontinent. This is all due to cuts.” 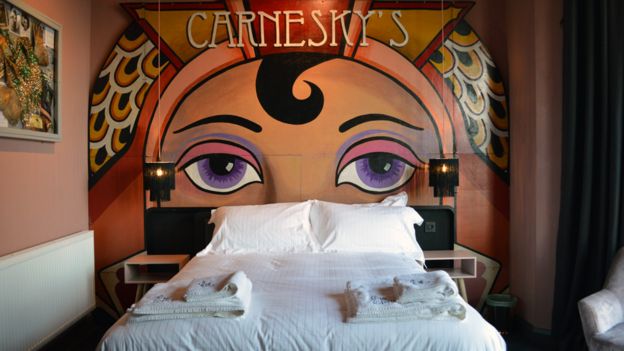 The hotel room was commissioned by Unlimited, an arts organisation that supports work by disabled artists, and Art B&B, which has opened as an alternative to the traditional B&Bs on Blackpool seafront.

Samuel hasn’t seen his room – because he can’t get to it. “I think it’s brilliant,” he says, breaking into hysterics. “It’s perfect, this commission was perfect for me.”

Elsewhere in the Art B&B, the accommodation ranges from rooms with overhead light installations, neon slogans and meditative soundscapes, to those with murals and displays inspired by the town’s architecture, faded glamour and history. 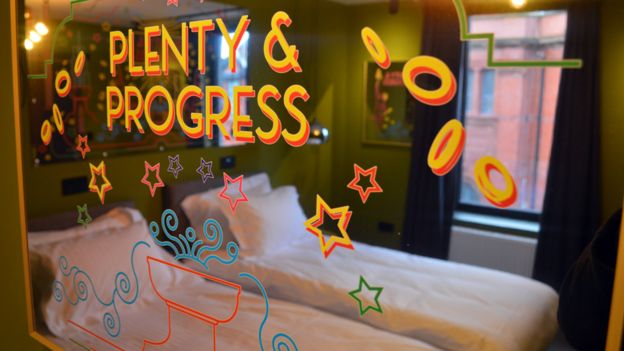 In one, by Noah Rose, there are peepshow-style viewers hidden under the bed, in the wardrobe and in the bathroom cabinet. Rather than letting you see into the next room, however, they actually show curious photos, postcards and advertisements from Blackpool’s bygone age.

The B&B idea originated from Leftcoast, an organisation that uses the arts to try to improve life in the Blackpool area. It wanted to find ways to make art pay for itself – so, given that tourism is big business, it came up with the idea of combining a gallery and a hotel. 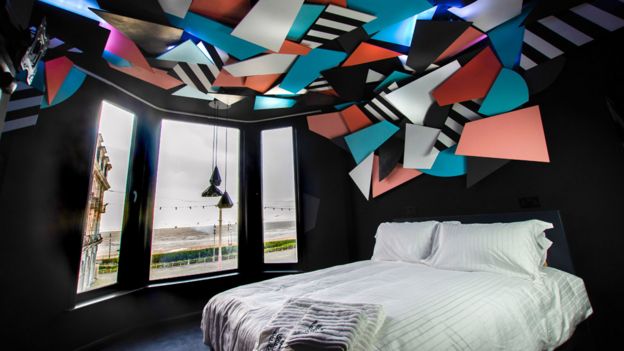 The venue will run events and tours for locals, and is trying to appeal to “cultural tourists” who may not be keen on the typical accommodation the town has to offer, Trainor says.

“So we’re trying to fill that gap in the market in a slightly quirky way.”