The mothers who regret having children

Most parents will acknowledge that children are hard work, but are likely to say the rewards outweigh the challenges. To feel differently is almost unspeakable, but there are women who regret having children. Three women tell the Victoria Derbyshire programme what it is like to secretly wish they had not become mothers.

"If I could turn the clock back I would not have had children," says Rachel who is now in her 50s.

She has three children – her youngest is 17 – and for most of this time she has been a single mother, which is when the reality hit her.

"There were times where I didn't feel mature enough to be responsible for somebody, this little person that needed me for their existence," she says.

"It just felt like an endless round of putting a bottle or food in their mouth for it to come out of the other end – and at what point was any of this going to be fun?

"I just felt like screaming that actually it's not all it's cracked up to be. If you're really maternal then that's great you've got everything you've wanted, but when you're not maternal all you've done is trap yourself."

Rachel admits that she did not think hard enough about how having children would affect her life – had she realised, she wouldn't have had them.

"But I feel guilty for saying that, because I love my children dearly," she says.

"You feel like you've not been a good mum and it's a guilt you always carry, it never goes away and you wonder if they know.

"But life shouldn't be about giving up your life, your freedom, so they can have a life."

This is tough for her to admit, because "people assume that you're not a nice person".

Rachel is desperate for women who feel the same way not to be vilified.

"I felt so alone. I felt like there was something wrong with me. Had I been able to talk about it and somebody understood, I may have found it easier actually to cope with motherhood." 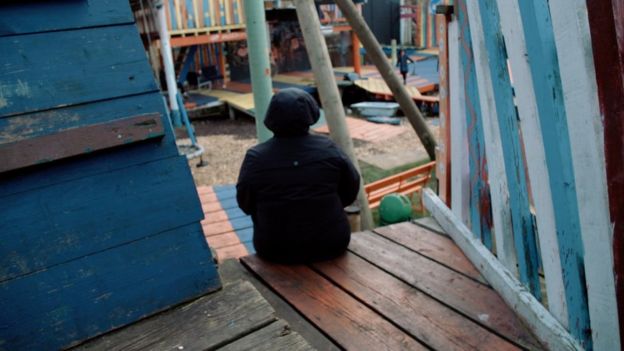 "I just saw the happy little family with the house and the garden, and children trotting off to school – the fairy tale," she says.

Alison is adopted, and growing up she always dreamed of having a family of her own.

It wasn't until she had her first son that she discovered she wasn't maternal.

Desperate to get out of the house, and escape her new role, she went back to work after six months.

"I would take days off and leave him at the childminder so that I would have a day to myself," she says.

"It's not that I didn't want to spend time with him, but I didn't know what to do, I wasn't good at making up games."

Not wanting their son to be an only child, Alison and her husband had another. Both boys are now at university.

She admits that if she had known what she knows now, she would never have become a mother.

"Everybody else's needs and wants came first. The mantra for the last two decades has been 'if everybody else is happy then I'm happy,' which is a bit galling sometimes," she explains.

"I could have had a better career. I did the school run for 15 years, that is very limiting on a career."

Alison is keen to stress how much she loves her children but admits that in hindsight she was too selfish to have them. "I begrudged their intrusion on my time".

She says women don't talk about this for fear of being judged. "They don't want to be seen as being selfish. The implication is if you didn't want children then you're a bad mother."

How common is this?

It is impossible to know how many women feel this way because so few speak openly about it.

But in a 2016 German survey by YouGov, 8% of 1,200 participants said they regretted becoming parents.

In 2015 an Israeli sociologist Orna Donath published a study with women who all said they regretted having children. She described "the wish to undo motherhood" as an "unexplored maternal experience".

Women who admit having regrets are adamant that this is different to post-natal depression. 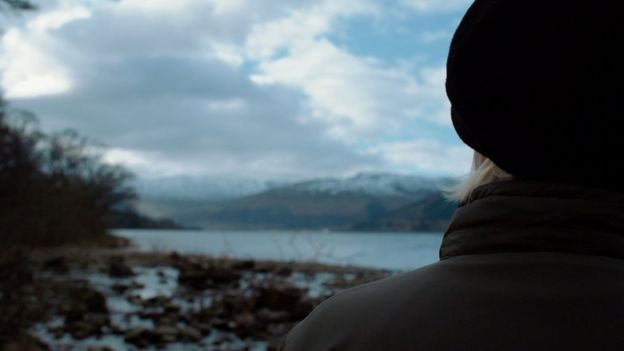 For Joy, who had her daughter 20 years ago, the realisation that she didn't want to be a mother came early.

"Everyone speaks of having this child handed to them, and this wild fabulous love that courses through them. I didn't get any of that. It just looked like a huge responsibility," she says.

She struggles to look back on the early years of her daughter's life with any fondness.

"It was tough, it was a day-to-day grind of getting through.

"All mums I guess go through this, it's just that I wasn't finding anything I could say that I was thoroughly enjoying. It was bleak".

Joy believes she is missing the maternal nature that means other mothers enjoy their children.

"I wondered for a long while if [the other mums] were actually kidding that this was as wonderful as they would paint it or portray it, and actually one day they would come out and be honest with me," she says.

"I didn't seem to have a capacity to be that lovely kind, warm, cuddly sort of mum.

"I wanted to be back at work. I wanted to continue with my career, the business that I was building, and this was just a great big added extra."

Growing up, Joy's daughter doubted her mother's love "because I wasn't society's norm," says Joy. "I do love her," she insists, "but the bond isn't gooey".

Joy says if more women were open with how they felt there would be less pressure on women to become mothers.

"There are more of us than we ever speak about.

"What would be really great is if women could become deeply honest with themselves and if having kids and having a family is really important then go for it with all your heart.

"But if you have a sensation in you that says 'I'm really not getting this' then don't have any fear or shame about being able to stand up and say, 'I'm somebody that doesn't want to be a mum, I don't want kids'."

All names have been changed.