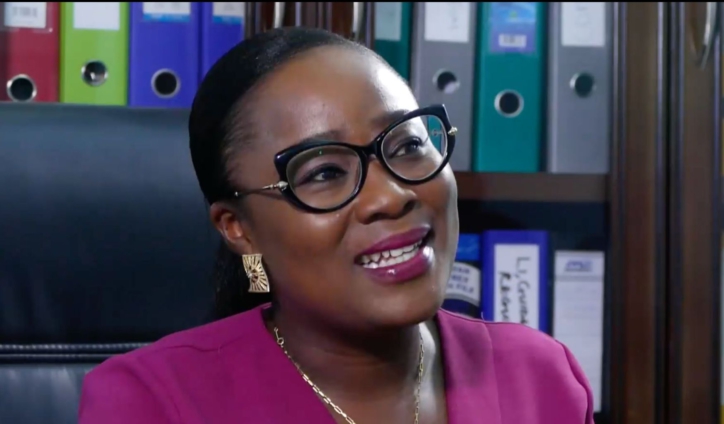 The Police Criminal Investigations Department (CID) has prepared a docket on the dismissed the Food and Drugs Authority’s (FDA) Head of Legal Affairs, Cynthia Dapaah-Ntow.

According to highly placed sources, the listing is being submitted to the Attorney General’s Department for advice.

Mrs Dapaah-Ntow is captured in The Returned Bribe investigative documentary by Manasseh Azure Awuni negotiating a $200, 000 bribe from the Chief Executive of COA FS.

She took ₵600, 000  but returned it later saying among others that the money was less than what had been agreed.

Following the airing of the documentary in November 2020 on Joy FM, the FDA found Mrs. Dapaah-Ntow guilty of misconduct and terminated her appointment.

She, however, sued Manasseh Azure Awuni, The Multimedia Group and Samuel Ato Duncan, the CEO of COA FS (now COA Mixture), for defamation.

She revealed that a University in the United States of America has denied her admission due to the bribery allegations levelled against her.

But, an Accra High Court presided by Justice William Boampong in his judgment ruled that the documentary can be aired, thus, throwing out the dismissed FDA lawyer’s injunction.

Now, sources say the police have finished the investigations and are in the process of submitting the docket to the Attorney-General’s Department for advice.

Giving more details, the sources said, the dismissed lawyer was interrogated whereas, statements were taken from the FDA CEO, Delese Mimi Darko, and her bodyguard was questioned as well.

DISCLAIMER: The Views, Comments, Opinions, Contributions and Statements made by Readers and Contributors on this platform do not necessarily represent the views or policy of Multimedia Group Limited.
Tags:
Criminal Investigations Department
Cynthia Dapaah-Ntow
The Returned Bribe