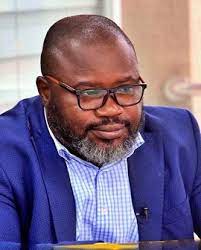 The Executive Director of Africa Education Watch says his outfit has petitioned the Criminal Investigations Department (CID) of the Ghana Police Service to investigate the source of question leakages in the ongoing West African Senior School Certificate Examination (WASSCE).

Speaking on JoyNews’ The Pulse on Wednesday, Kofi Asare said the West African Examinations Council (WAEC) is being ” a bit charitable with the actual situation on the ground because its image is at stake.”

“It’s unfortunate. But that is why we have petitioned the Director-General of the CID to investigate the source of these questions,” he added.

Mr Asare also indicated that a month before the exams started, his organisation deployed some 80 persons to monitor the activities of question marketers online and in 100 schools.

According to him, the evidence gathered so far has been given to the Police CID to assist in investigations.

Earlier in the day, the WAEC organised a press conference admitting to leakages of portions of the Elective Mathematics and English papers.

Head of Test Administration at WAEC, George Ohene-Mantey, said “After the administration of the tests, careful scrutiny of the several versions received indicates extracts of parts of the questions for Mathematics (Elective) 2 and Section ‘A’ of English Language 2 were circulated on some social media platforms,”

The physics and Business Management papers that were to be written today have been rescheduled. A date is yet to be given.

In June, WAEC denied a report by the Africa Education Watch which stated that questions for the 2020 WASSCE were leaked from WAEC to students.

DISCLAIMER: The Views, Comments, Opinions, Contributions and Statements made by Readers and Contributors on this platform do not necessarily represent the views or policy of Multimedia Group Limited.
Tags:
Africa Education Watch
Criminal Investigations Department
Ghana Police Service