The thing nobody knows about our perfect family – my husband is a monster. 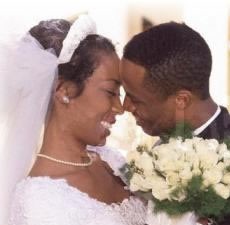 My husband and I have been together for almost a decade, and we have one son. We met through mutual friends; he was (is) successful, charming, and very well liked in his circle of friends. I would say that his guy friends almost look up to him, so much so that I’m often told that I’m “lucky” to have “found him.” From the look of things, he has the perfect life and perfect family.

The thing that nobody knows about our perfect family is that my husband is a monster. He is extremely verbally abusive towards me and, on occasion, our son. He has never been physically abusive which, I think, is why I’ve put up with it.

I used to be clueless as to what would send him into a tailspin but I’ve become better at understanding his triggers. Sometimes, he wakes up in a mood and you can tell he’s just waiting for the slightest bit of provocation to unleash on me. Other times, it’s something I might say or do that upsets him. He gets quiet and brooding and secludes himself. For instance, if the three of us are spending time together and something happens, he will just go and shut himself in our bedroom without explanation. It could be hours or minutes later that he comes out and just starts screaming at me.

I try to let him get it all out without interfering because I know that engaging him will just make things worse. He says all kinds of things—tells me that I’m stupid, that I’ve ruined his life, that I’m a leech sucking the money out of him (I have a full time job on top of taking care of our son), and that he’s made a mistake marrying me and having our son. Our son has heard him saying these things; I can’t control when it happens so it’s impossible to preemptively remove him from the situation.

I’ve heard “you’re stupid” so many times that I’m starting to believe it. I don’t know why I put up with him. If I don’t apologize for whatever offense he’s perceived, or if I don’t tell him he’s right—basically, if I don’t beg for forgiveness on my knees—it’s a tense and horrible situation for days on end. We’ve spent months sleeping in separate beds—of course, I’m the one who gets banished to the guest room—and not speaking to one another, save for the weekly screaming sessions on his end. But even when I stand my ground, what am I gaining? Eventually, things have to go back to “normal.” Eventually, I have to be the one to acknowledge some sort of fault for that to happen. In the years that I’ve known him, he has never apologized to me.

I’ve spent so much time thinking about what could be wrong with him. He didn’t grow up in a two-parent family so I doubt he’s just mimicking what he saw growing up. He is not like this with other people—at least not that I notice and not to this extent—so I don’t know if he’s bipolar, or has borderline personality disorder, or is depressed. I think all of the hatred is coming from some sort of deep-rooted resentment that he holds against me. Our son wasn’t a planned pregnancy; we actually had decided against having children. Is this all because he feels that I trapped him into parenthood?

The thing that scares me, though, is that after I’ve done damage control, he just goes back to being this normal, nice person with the snap of a finger. When we’re in the middle of one of these situations and we have to be around friends and family, he’s pleasant as can be. He puts on this act for everyone and pulls me into it. It’s completely psychotic. If I refuse to play along or if someone notices that something is “up”—of course, I’m automatically perceived as the bad guy, because my husband is so good at deceiving everyone into believing that he’s not the person I know him to be in private.

It’s the duplicity that gets me, because it means that he knows he’s being crazy and that he can control it. And I have no control. Every other word that comes out of my mouth is “I’m sorry.” I’m traumatized by him and his behavior, and I feel completely trapped in his cycle of manipulation. With him, you either bend or you break. And I’ve bent myself into a different person.