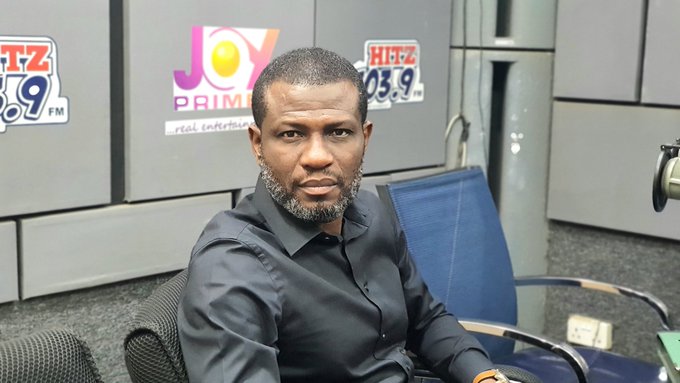 Deputy Tourism Minister Mark Okraku-Mantey has supported claims that the booing of President Akufo-Addo at the Global Citizen Festival was orchestrated.

According to him, unlike what is being projected out in the media, the president was rather cheered when he made his way to the podium to read his speech last Saturday at the Black Star Square in Accra.

Speaking in an interview on Hitz FM’s ‘U Say Wetin’ show with host Don Tsegah, Mr Okraku-Mantey said he was surprised to wake up a day after the show to hear the First Man was heckled by some youth.

“I watched the video and I asked myself, how come throughout the night we never saw a tweet on this and after five or six hours, there is a story? So when the booing was going on no one tweeted it for the first time, social media has become dormant until the morning.”

“It gives me the clue that the person thought it through, orchestrated it and said look this is too good, it will be too good for this president, why don’t we find something negative,” he said.

The Deputy Tourism Minister also added that “and you could tell it was someone taking the video far from the stage. Someone stands somewhere, decides to orchestrate it, and the person makes the noise with his phone capturing sounds around that place.”

According to Mr Okraku-Mantey, it was a calculated attempt by some people to change the narratives of the event negatively on the global platform.

“The president, who came on stage and had to struggle and wait for the crowd to cheer him for a minute. That was what happened. I was there [with regard to] the sound we got from backstage, we were wowed. They were cheering him, until Sunday morning it was going to be difficult for me to hear boo they were talking about,” he noted.

“It is likely my brother Owusu Bempa will think that way. It is so because TV3 is supposed to be a media partner. And if it’s so, I would like to see the successful stories they have done after they partnered, and they had one of their icons MC the show.

“We have known TV3 and how nice they can be with the opposition party and how Capt Smart. This government has done something that is beautiful.

According to Mr Okraku-Mantey, the NPP government allowed organisers of the Global Citizens Festival to choose any media house as partners; hence, TV3 should have been apt with their reportage.

“They chose a media house that is perceived to be in bed with the opposition party, but we never stopped them. We never told them to go to NPP-biased stations. After the event, we thought everyone deserves the chance to do what they can do best,” he said.

DISCLAIMER: The Views, Comments, Opinions, Contributions and Statements made by Readers and Contributors on this platform do not necessarily represent the views or policy of Multimedia Group Limited.
Tags:
Global Citizen Festival 2022
Mark Okraku Mantey
President Akufo-Addo