Thousands of CAR refugees flee to Cameroon after polls - MyJoyOnline.com

Thousands of CAR refugees flee to Cameroon after polls 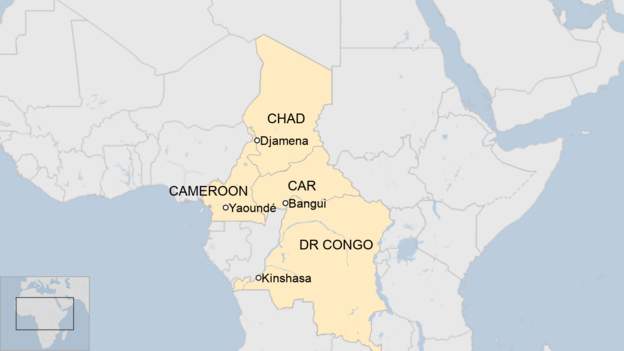 Close to 5,000 Central African Republic (CAR) refugees have fled to eastern Cameroon following clashes between the army and rebel groups in the country.

The United Nations High Commissioner for Refugees (UNHCR) says more than 30,000 Central Africans have fled their country since the 27 December presidential elections, and sought refuge in Cameroon, Chad, Democratic Republic of Congo and Congo Brazzaville.

The UNHCR says that at least 500 Central African refugees enter Cameroon every day.

Almost every refugee arriving here has a story of the horror and pain of losing loved ones in fleeing the conflict.

Rebels under the Coalition of Patriots for Change, who now control two thirds of the territory, have overrun several key towns in CAR as they mobilise towards the capital, Bangui, following the December elections, which they rejected.

The deputy country representative of the UNHCR in Cameroon, Cesar Tshilombo, says the new arrivals have been reporting cases of abuse, looting and violence.

Cameroon’s Minister of Territorial Administration, Paul Atanga Nji, who was in Garoua-Boulaii over the weekend to assess the situation, worries that the influx of refugees could constitute a security risk.

As of December last year, Cameroon was host to over 316,000 CAR refugees, according to the UNHCR. A voluntary repatriation process was already underway, but the recent spike in violence in the country means that process has to be stalled.