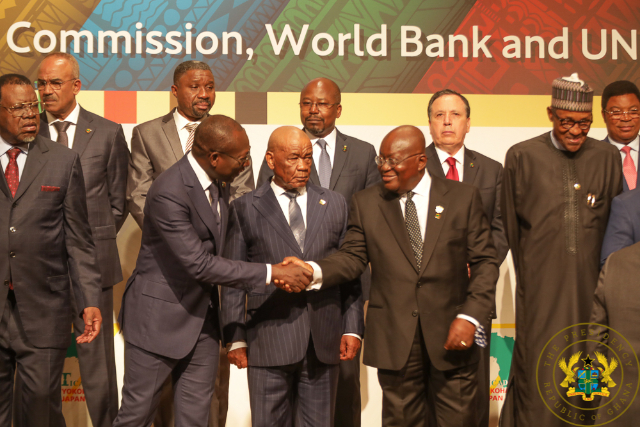 Science, technology and innovation, as well as human resource development, are critical in Africa, a continent, which has the biggest potential on earth, Prime Minister Shinzo Abe said at the Science and Technology in Society (STS) forum held in Yokohama, on Wednesday, as part of TICAD 7.

The  STS forum is one of the largest and most influential nonprofit organizations established in 2004 by Mr. Koji Omi, a former Japanese Minister of Finance. The Forum aims at strengthening cooperation between Japan and Africa in science, technology, and innovation.

In his address, Prime Minister Abe also noted the important role that science and technology played in the history of Japan’s modernization.

“South Africa endorses the focus on science, technology, and innovation as a priority theme for TICAD 7, given its great potential to accelerate African development through mutually beneficial partnerships with Japan, President Ramaphosa told participants.

Adesina shared insights on the Bank’s work and support to train and develop the next generation of scientists. Since 2005 the Bank has provided financing of over $2 billion to support education, resulting in educational opportunities for 6 million students.

“We are proud of our investment in supporting the establishment of the Regional Center of Excellence in Kigali in conjunction with the Carnegie Mellon University, which is providing world-class Masters degree training in ICT. I am delighted that all the students that have graduated from the university have 100% employment, including setting up their businesses,” Adesina said in his keynote remarks.

The Bank has supported the establishment of ICT digital parks in Senegal and Cape Verde and is working with the Rockefeller Foundation, Microsoft, Facebook, LinkedIn and Safaricom to establish coding centers in several countries.

“Let’s be visionary. Let’s be bold. Let’s support concrete initiatives to boost science, technology, and innovation in Africa,” he concluded.

Ministers for Science and Technology, Ambassadors, executives of international and national Agencies and business in Africa and Japan attended the Forum.