Tigo: We are still second largest telco in Ghana - MyJoyOnline.com

Tigo: We are still second largest telco in Ghana 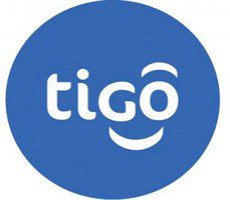 Millicom International Cellular SA, operators of the Tigo brand, have published its full year report for 2011, stating categorically that it is still the second largest operator in Ghana by subscribers.

This is in sharp contrast to the full year subscriber base report published by the National Communication Authority (NCA), showing that Vodafone has taken over the second place from Tigo since October 2011.

But Tigo’s full year report, published on February 8, 2012 indicated that it closed the year with 3,508,372 subscribers, and not 3.9 million; adding that the figure represented 21.3% market share.

It explained that 3.5 million is 21.3% of 16.53 million and that makes Tigo the second largest among five opeators in Ghana.

Meanwhile it was Tigo, which submitted the 3.9 million to the NCA, and yet reported 3.5 million in its own annual report.

Adom News therefore asked officials of Tigo to explain why the disparity and they sent in a response via email saying “Millicom reports to NCA subscribers up to 90 days of activity, according to NCA policy [but] internally, we report to head quarters up to 60 days of no activity.”

Tigo also reported the mobile penetration in Ghana is 66.1% and not 84.7%, and the company explained via email “we reached penetration based on our calculation of addressable market and number of active subscribers in our database.”

Again the Tigo top official explained that by monitoring interconnectivity activity across networks, Tigo is able to know how many subscribers from other networks make a call or send SMS to Tigo lines within its 60 days reporting period.

“Within 60 days every subscriber from any other network that makes a call or sends an SMS to a Tigo number even for once is captured as an active subscriber for that network – and when we put those figures plus our own subscribers together we determine the mobile penetration,” the official said.

He said from that method Tigo maintained that the total number of subscriptions as the end of December 2011 is 16.53 million and not 21.2 million as the NCA figures reflected.

Meanwhile, Vodafone itself has refused to comment about its newly acquired second position in spite of several requests from journalists.

Adom News has for months now requested Vodafone to explain how it generates its subscriber base but till date the company has not provided answers, in spite of several reminders.

Meanwhile, market leader MTN also reported in its annual results it has 52% market share even though the NCA’s report said it has 48.8%, and MTN Ghana CEO Michael Ikpoki said it only reported RAS-90 [registered active subscribers over the 90-day period].

Airtel Ghana MD, Philip Sowah also said it only reports active subscribers because it paid network manager, Ericsson per how many subscribers Ericsson serves “so we can’t report higher than what is real otherwise we will overpay Ericsson.”