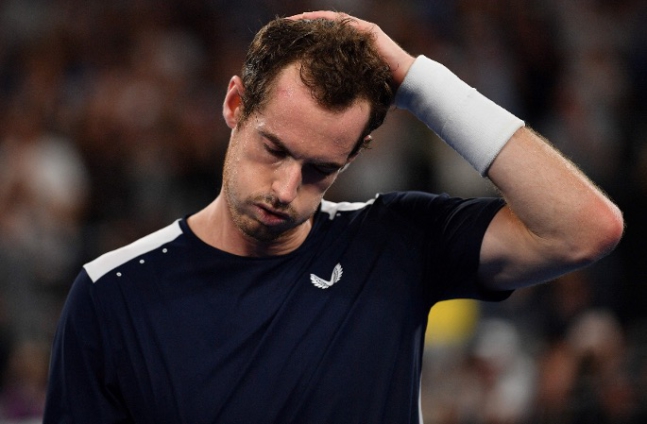 Britain’s two-time defending champion, Andy Murray has withdrawn from the men’s singles at the Tokyo Olympics with a minor thigh strain.

The Scot, who won his opening men’s double match with Joe Salisbury on Saturday, had been due to face Canada’s Felix Auger-Aliassime on day two.

The 34-year-old will still compete in the doubles but was advised not to compete in both events in Japan.

He has been replaced in the singles draw by Australian Max Purcell.

“I am really disappointed at having to withdraw but the medical staff have advised me against playing in both events,” a statement from Murray read.

“I have made the difficult decision to withdraw from the singles and focus on playing doubles with Joe.”

Liam Broady, the sole Briton remaining in the singles after Murray’s withdrawal and Heather Watson’s first-round defeat, advanced to the second round on Sunday.

The 27-year-old battled past Argentina’s Francisco Cerundolo 7-5 6-7 (4-7) 6-2 in three hours three minutes to set up a meeting with Wimbledon semi-finalist Hubert Hurkacz of Poland.

Murray has withdrawn from the singles with a quad strain because the medical team has advised him against playing both singles and doubles.

However, the three-time Grand Slam champion has since had major hip surgery and has made a stuttering return to the Tour.

He missed the Australian Open in January after contracting coronavirus but won back-to-back matches at a Slam for the first time in four years at Wimbledon last month.

Murray spoke positively after his victory with Salisbury on the first day of the Games when they beat French second seeds Nicolas Mahut and Pierre-Hugues Hubert.

He and Salisbury will face German pair Kevin Krawietz and Tim Puetz in the second round.

DISCLAIMER: The Views, Comments, Opinions, Contributions and Statements made by Readers and Contributors on this platform do not necessarily represent the views or policy of Multimedia Group Limited.
Tags:
Andy Murray
Tokyo 2020 Olympic Games