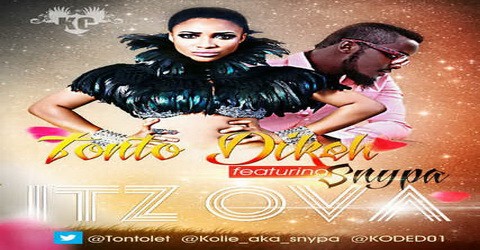 She is seen in the Media circles as a prominent Nigerian actress one of the best in Africa.

She got into the Movie Industry after the reality TV show The Next Movie star in 2005.

She has starred in movies like Girls Gone Wild, Contractors, Dirty Secret, and Holy Cross but Tonto Dike has bridged the gap between acting and singing by releasing debut singles Itz ova and Get High; kicking off her music career.

Both songs featured dancehall artiste Synpa. Although she revealed her interest in singing a while ago, her fans did not take her serious until they actually heard the single.

Many are those who will put their head on the line for Tinto in relation to acting or motion pictures but when it comes to singing we leave it for your judgment. Anyways we wish her all the best in her singing career.