Too much of everything is bad, even rain to crops – Farmer who lost 50 acres of maize 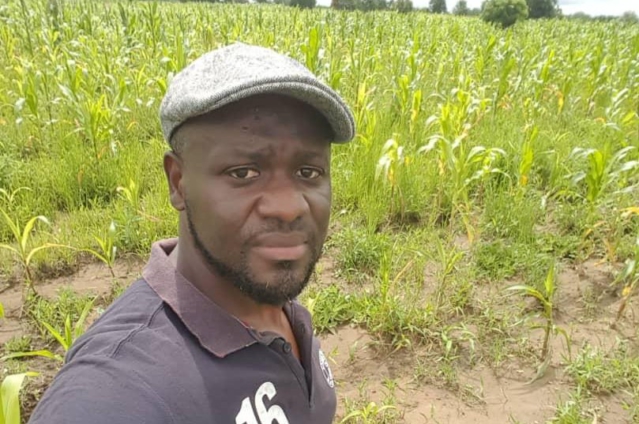 Nasir Mohammed Bin Salih remains unperturbed despite losing all his maize crop due to too much rain in August this year.

He planted 50 acres of the staple in the Upper West region’s Wa East district, but lost everything to the floods that resulted from the heavy downpour.

The Ghana Meteorological Agency would usually alert farmers about when the rainy season would start and how long it would last, in its seasonal forecasts.

Nasir Mohammed Bin Salih said he relied on this advice to cultivate but the rains came unexpectedly in torrents over several days, making it impossible for his crops to survive.

“Just like humans, plants also need nutrients, a balanced diet. So if they’re just getting water, all the time and not getting the sunlight and not getting other things, obviously, it dies off,” he told Israel Laryea on the AM Show on JoyNews, Wednesday.

Fertilizer for the cultivation of his crops has been particularly hard to come by this year, especially the subsidized input supplied by the government.

Nasir Salih said he had to pay three times what he would usually spend on fertilizer. But that’s all been lost along with the maize crop that got soaked.

The Agriculture Ministry has blamed the Covid-19 pandemic and other factors for its inability to supply subsidized fertilizers this year. As a result, Nasir Salih explained that he could only do half of what he’d usually cultivate.

He believes at 500 acres, he operates the largest farm in the Upper West region. For the other smallholder farmers who couldn’t afford to buy fertilizer from the open market as he did, he noted that they have significantly scaled back on their acreage or have not planted at all.

It probably was destiny that smiled on them otherwise, those farmers would have also been stuck with failed crops and at the same time saddled with debts from loans taken to purchase fertilizer.

The forty-one-year-old farmer and CEO of Hamdallah Farms is however not giving up farming yet.

He said though the maize may have failed, he still has his orange and mango plantation and animal husbandry and poultry to see him through this bad patch.

Nasir Salih who has two Masters Degrees in IT from Brighton University in the UK, ventured into farming at age 32, having been inspired by his father, Maulvi Mohammed Bin Salih who also drew inspiration from his father.

The farmer indicated that he’s trying very hard to irrigate his farm so that he will no longer have to rely on the rains.

He already has about six boreholes on his farm to supply water, but said it will require a lot more, such as water pumps and pipes and sprinklers to properly irrigate his farm “and it is quite a heavy investment,” he noted.

Beyond that, he believes it will be of immense help if the Ghana Meteorological Agency will be a lot more accurate with its forecast so farmers like himself could avoid mishaps as happened to him this year.