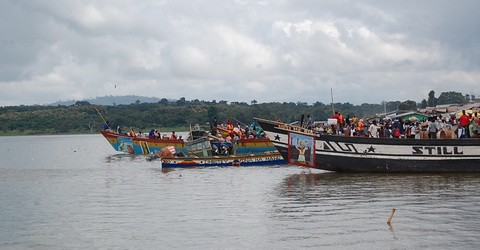 Government says it will hold discussions with the World Bank to provide funds to install 16 abandoned vessel engines at the Volta Lake Transport Company at Akosombo.

The engines have been abandoned for almost five years since they were procured with funding from the World Bank.

Reports suggest that the engines are currently going rusty.

Workers at the Volta Lake Transport Company are warning of a major disaster if the engines are not fixed immediately on the ferries that are currently operating on the lake.

The situation has seriously affected the revenue of the company.

Due to the situation, a journey that hitherto used to take them 10 minutes to cover, now takes 45 minutes to do same.

Moses Larbi, chairman of the senior staff, passionately appealed to Government to install the engines as soon as possible to enhance their work.

Meanwhile, Deputy Transport Minister Joyce Bawa Mogtari tells Joy News when the engines were delivered, most of the engineers trained to handle the engines had left the company.

She said another batch were supposed to go for training, adding that the World Bank had agreed to pay half of the cost but “Volta Lake could not come up with resources to do that because that did not form part of the tender at the time when it started”.

Mrs. Mogtari said the Ministry would be engaging with the World Bank on January 9 “to decide on the way forward, whether to return the engines or the World Bank will finance the training of new engineers to install them or to buy additional batches [vessels] that would be able to use the engines”.