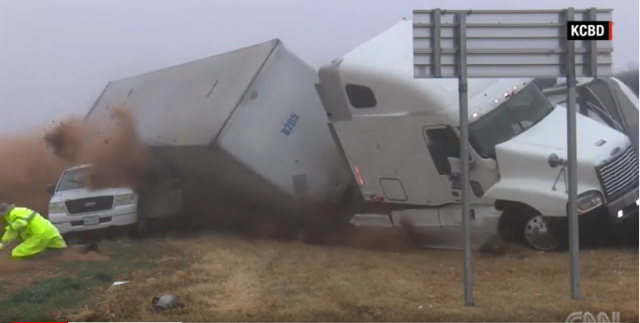 A multi-vehicle pileup in Texas on Friday was partially captured in a dramatic video of an 18-wheel tractor-trailer slamming into the accident scene.

The accident began as a two-car crash on Highway 84 in Lubbock County, according to CNN affiliate KCBD.

Police were investigating the crash when a semi-truck travelling eastbound jackknifed and slid, coming to rest at the center median. Several more vehicles subsequently crashed into the truck as the area was under a dense fog advisory at the time.

Caleb Holder, a KCBD photographer, was filming the accident scene, when a second 18-wheeler jackknifed to avoid a red SUV that changed lanes in front of it. The truck swerved off the road and rolled over on its side, striking several vehicles as it slid into a ditch directly in front of Holder, KCBD reported.

Several law enforcement officers scrambled to get out of the way as the semi barreled off the road.

“We could hear more tires screeching, and then just barely see headlights coming in through the fog,” Holder reported on KCBD. 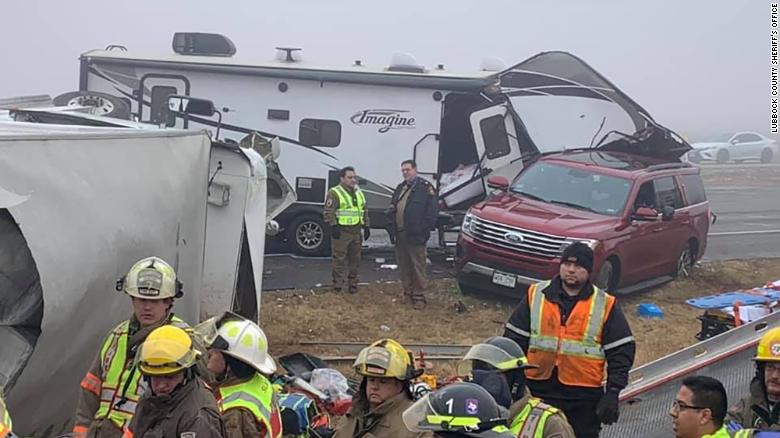 The aftermath of the massive pileup.

The truck hit a Texas state trooper and pinned another driver inside a pickup truck. A Lubbock Fire Department rescue team extricated the driver from the pickup truck.

Both the driver and the trooper were taken to a nearby hospital for treatment and are expected to survive, KCBD said. “I’ve never seen anything like that in person,” Holder said. 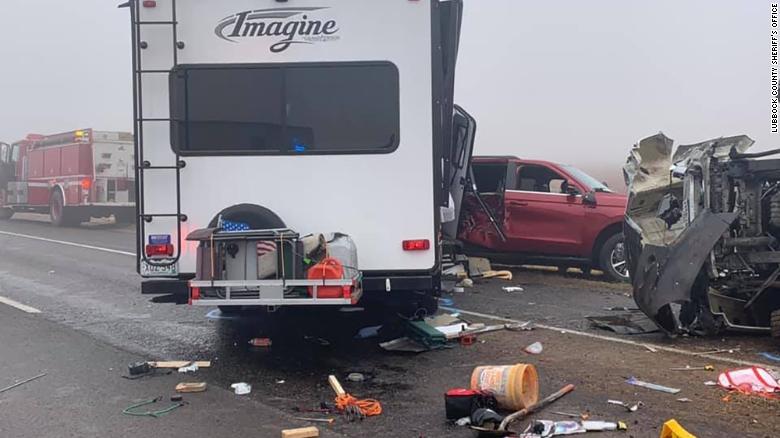 Two people were injured in the crash and are expected to survive.

CNN reached out to the state Department of Public Safety.

All in all, there were a total of five crashes, involving four semi tractor-trailers and four smaller vehicles, KCBD reported.

The accidents occurred in the midst of a dense fog advisory for the area, causing a quarter mile or less of visibility. Drivers were advised to slow down to prevent injury.