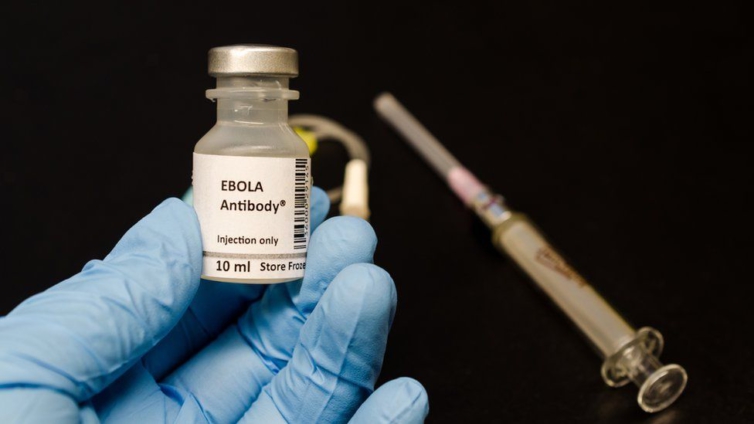 No vaccine yet exists for the Ebola strain in Uganda

“Most times you come into contact with a patient and you use your bare hands,” one worker told the BBC anonymously.

All trainees at Mubende’s regional hospital say they are on strike and are demanding to be moved somewhere safer.

But Ugandan health ministry spokesman Emmanuel Ainebyoona told the BBC there was “no strike at the hospital”.

Yet all 34 of the hospital’s interns – including doctors, pharmacists and nurses – have announced their decision to strike in a joint statement.

They say they are being put at undue risk because they lack appropriate safety kit, risk allowances and health insurance.

Six interns at the hospital have already been exposed to the virus, and are awaiting their test results in isolation.

Since the outbreak began earlier this month, official government data shows 36 people are suspected of contracting Ebola, of whom 23 have died.

A 24-year-old-man was the first known Ebola death, and six members of his family also died.

No effective Ebola vaccine is available here yet, because the Sudan strain circulating in central Uganda is different to the Zaire strain that has afflicted West Africa and DR Congo and which can be immunised against.

Experts say it is unrealistic to think Ebola will ever be eradicated, but it is now easier to prevent a crisis.

DISCLAIMER: The Views, Comments, Opinions, Contributions and Statements made by Readers and Contributors on this platform do not necessarily represent the views or policy of Multimedia Group Limited.
Tags:
Ebola
Uganda