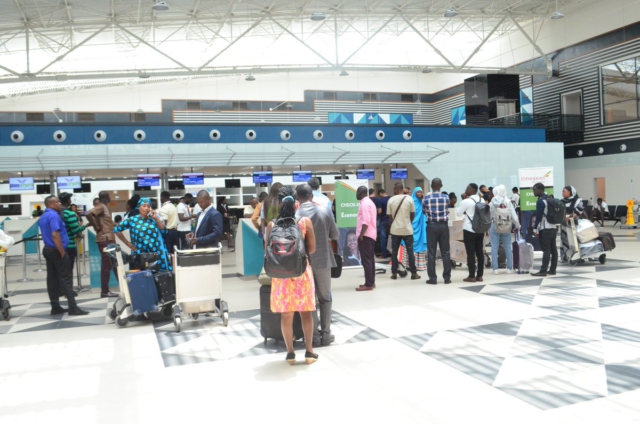 The government of the United Kingdom will on Sunday night, fly out hundreds of its nationals in Ghana willing to return home as a result of the Covid-19 pandemic.

Two flights will be ferrying as many as 600 passengers with more flights being arranged in the coming days.

Tonight’s flight follows a failed attempt by British Airways to evacuate some passengers who were left stranded in Ghana on Monday.

This comes on the back of the closure of the country’s borders as part of measures by government to stop the spread of Covid-19.

Some passengers who were booked to fly back to the UK last week were left stranded at the Kotoka International Airport (KIA) after their flight was cancelled at the last hour.

The about 360 passengers, mainly UK nationals were being evacuated under a special arrangement facilitated by the British High Commission following the closure of Ghana’s air, sea and land borders to stop the importation of COVID-19 into the country.

The Ghana Civil Aviation Authority, (GCAA) following the President’s address to the nation to announce the closure of the borders followed-up with an official notice to all the airlines that no flights will be permitted, except in emergency situations which will have to be pre-authorised.

Officials of the UK High Commission, however, say tonight’s flight is chartered by the British government and is primarily to evacuate its nationals.

Some have, however, raised issues with the cost of the £500 ticket and have taken to Twitter to complain.

Though the United Kingdom is also grappling with the Covid-19 pandemic, some of the nationals eager to take advantage of the evacuation flight tell JoyNews they believe they will get better healthcare in their home country should they get infected.

The number of people who have died with the virus in the UK has reached 1,228 with nearly 20,000 confirmed cases.

DISCLAIMER: The Views, Comments, Opinions, Contributions and Statements made by Readers and Contributors on this platform do not necessarily represent the views or policy of Multimedia Group Limited.
Tags:
British Airways
British High Commission
Coronavirus