Under U-17 World Cup:Fifa impressed with stadia, facilities 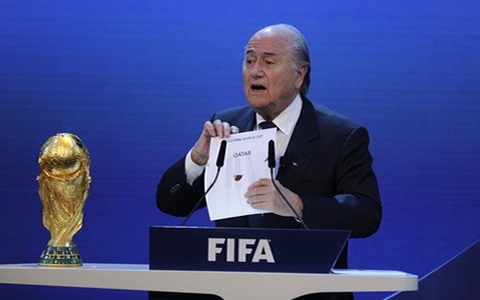 A two-member Fifa team inspected the refurbished Cooperage ground here on Sunday and seemed satisfied with the facilities. Cooperage is one of the eight venues shortlisted by the All India Football Federation to host the Under-17 World Cup in 2017.

Fifa’s director of competition Inaki Alvarez and competitions manager Vijay Parthasarthy were shown around the ground by Western India Football Association CEO Henry Menezes and general secretary Souter Vaz.
“This is an advanced surface and very good. But we (Fifa) will need some time to finalise the venues,” Alvarez said after inspecting the Cooperage ground.

The team had visited the venues in Pune on Friday and the DY Patil Stadium in Navi Mumbai on Saturday followed by Goa.
They will also visit facilities in Bengaluru, Kochi, New Delhi, Guwahati and Kolkata. The two-member team will submit their report, following which six venues will be finalized to host the six groups of four teams each.

“We took the officials across the ground. They also visited the nearby hotels and were impre-ssed with the facilities,” Menezes said.
Cooperage, which has not hosted any competitive matches since the last three seasons, can accommodate only 5,000 spectators which can be one of its drawbacks. “The state government has granted us all the necessary sanctions and clearances, including security arrangements for hosting the World Cup. So we are in a position to increase the seating capacity and other additions if we are told to do so,” he said.

Fifa team had surprisingly visited the DY Patil cricket Stadium on Saturday, which has a seating capacity of over 50,000.
According to sources, the stadium owners assured the officials that all criteria would be met. “We had a look at two other centres, one of which was a football stadium in Maharashtra (Pune and Navi Mumbai) and both were very good.”