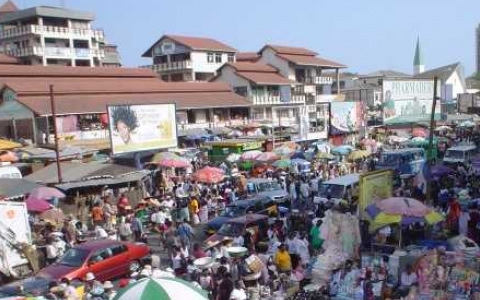 The rise of an urban middle class across much of Africa is stoking demand for food that could curb hunger and cut poverty in rural outposts, a U.S.-based think tank said.

One in five people, or more than 256 million, are hungry in Africa, according to the latest figures from the United Nations Food and Agriculture Organization.

But there are opportunities too, the IFPRI said in its annual report.

In Africa, a growing middle class with higher purchasing power is fuelling a spike in demand for food – and with an interesting twist, said Ousmane Badiane, IFPRI Africa director.

“They are not just asking for imported food, wine and cheese but to have traditional staple on the tables. But they don’t want to eat them the traditional way,” he told the Thomson Reuters Foundation by phone from Dakar, Senegal.

This has given birth to a large number of small agribusinesses that process, package and distribute such foods, creating jobs and opportunities for small farmers, he added.

In Senegal, new processing technologies led to a growth in ready-to-cook and ready-to-eat millet products and reversed years of low and declining consumption of the healthy, gluten-free grain, said the report.

Similarly, domestic brands of processed local dairy and grain products now have a significant presence in Ghana, Mali and Tanzania, it added.

This sector is likely to grow further, with projections that most traditional staples such as millet and cassava would be consumed in processed form within 20 years, Badiane said.

The African Continental Free Trade Agreement, expected to come info force in 2019, would also help, he said, by allowing farmers and businesses to tap into a market of 1.2 billion people across 55 countries.

Turning opportunity into reality needs technology and financing that would let locals innovate and compete, he said.

There should also be investment in rural areas and access to energy and telecommunications, he added.

Nearly half the world’s population live in rural areas but represent 70 percent of the extremely poor, according to IFPRI.