Urbanus Azupogo: Nudging people to a healthy lifestyle; lessons from the developing world 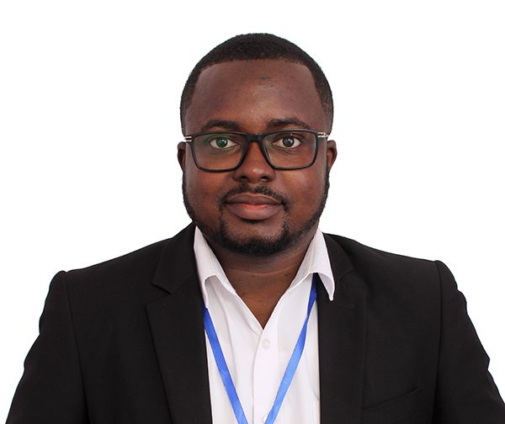 We live in a time where governments are struggling to tackle big public policy issues.

It has been established that the individual approach to health issues has not succeeded because they ignore other variables such as customers’ irrationality (Nass & Balogh, 2011). Health interventions would fail unless the room is made for the irrationality of consumer behaviors.

Unlike traditional microeconomics and game theory, behavioral economics assumes that real-life decision-making is imperfect and that individuals frequently do not identify their own best interests(Bradbury et al., 2013; Burns & Roszkowska, 2016; Fage-Butler, 2020).

Darnton (2008) argues that an individual’s preferences may be harmful to them and illogical by most standards. That is, even if they know, they may lack the self-control to make the proper choice. Nudging is one of the critical tools used in Neoliberal economics to influence behavior.

Nudging has been considered for all kinds of decision-making, from regulating unhealthy food consumption to exercising among individuals. The World Development Report (WBR) (World Bank, 2015: 13) has led the restructuring of development strategies based on an ‘expanded knowledge of human behavior.’

As a result, health promotion is becoming a mass marketing tool to shape behavior (Maziak & Ward, 2009). This is because knowledgeable individuals are more inclined to behave in their own best interests, which makes sense.

For example, it is assumed that people are incapable of understanding and acting in their own best interests; as such, you may seek to aid them using nudging. The term ‘nudge’ was popularised in 2008 by academics Richard Thaler and Cass Sunstein (Fage-Butler, 2020). Essentially, it refers to the idea of manipulating people’s choices to create “better” behaviors (Thaler & Sunstein, 2008).

The idea of nudging is essentially to gently steer people towards certain behaviors, saving them from themselves (John et al., 2011). Unlike conventional regulation, it does not compel individuals to make unpopular decisions (Thaler & Sunstein, 2008).

However, it presupposes those individuals should be permitted to make decisions without outside influence. Instead, their method frames choices to guide individuals toward the most excellent decision for them(Fage-Butler, 2020).

Whitehead et al. (2014) estimate that nudge-type policies are much more common than previously thought. Their survey established that 51 nations have national policy efforts impacted by the emerging behavioral sciences. They mention that HIV/AIDS, diarrhea, and malaria are major threats in the least developed countries (LDCs).

It is suggested that the principles of behavioral economics are even more applicable in developing countries since people in these cultures cannot depend on either adequately functioning markets or a protective welfare state to safeguard them (Fine et al., 2016).

According to this perspective, the behavioral approach to development is considerably more relevant because “the poor hold responsibility for too many elements of their life, making them significantly more subject to cognitive and self-control biases “(World Bank, 2015: 38).”

Nudges have been met with enthusiasm and fierce criticism on ethical grounds (Schmidt & Engelen, 2020). Engelen (2019) argues that nudging takes away volitional autonomy from people, which is unethical. It is argued that governments take away part autonomy when it determines what is beneficial for their citizens rather than letting them decide. Maybe the option you believe is best for the majority is incorrect for a minority.

The question of whether policies are appropriate for everyone and useful to everyone has been raised by many researchers (Schmidt & Engelen, 2020).

Apart from concerns about the ethical standing of nudging in health promotion, one of the critical issues raised is that it seems overpowering in developing countries with undeveloped markets and weak or non-existent welfare systems (Fine et al., 2016).

According to the evidence available, market instabilities and inefficacy significantly impact the performance of health promotion initiatives based on nudges (eMBeD, 2018b, 2018a, 2018c; Whitehead et al., 2014). Despite these criticisms, the World Bank eMBeD regards the introduction of nudges into development as a success.

Following the successful implementation of behavior-driven development policies, the World Bank offers insights for anyone integrating behavioral science into complex development contexts such as health promotion. These lessons examine the complexities of developing country situations and the effective use of nudges.

One of the key lessons is that it is possible that even tried and true behavioral nudges, which may have been helpful in high-income situations, may not function in developing nations (eMBeD, 2018a).

World Bank Behavioural Insights Team discloses unexpected subtleties of context. eMBeD worked in Nigeria on a project to improve healthcare record-keeping. The social recognition intervention had no effect in Niger and was inconclusive in Ekiti.

Why is there a difference? According to eMBeD (ibid), social, economic, and political determinants significantly impact the success rate of interventions because they alter the context in which policies are implemented.

Economic factors, for example, influenced the success of a social recognition intervention designed in Nigeria and implemented in Niger (eMBeD, 2018a). The World Bank cited the failure to modify nudge policies to the new context (ibid).

The World Bank’s second lessons push for developing tailored interventions for various scales. In order to deploy interventions in diverse nations, it is necessary to think critically about scale(eMBeD, 2018c). There is a need to focus and expand interventions effectively since policymakers and recipients often have limited resources.

Although human behavior may not vary much across individuals, other determinants such as socioeconomic factors largely influence the scaling of interventions.

The last lesson considers addressing behavioral barriers early with policymakers and practitioners. For example, in an intervention, 600 Lima public school instructors were asked to assess a fictitious kid called Diego’s academic, behavioral, and educational potential in an experiment.

Some instructors watched a video of Diego going through a middle-class area, while others saw Diego walking through a low-income neighborhood (eMBeD, 2018b). Even when “poor” Diego does well, instructors penalize him for his conduct. Complexity in implementation, people, and outcomes may be embraced. Weaker neoliberal economies pose structural and systemic challenges to push health interventions.

Lessons learned could help developing countries improve their health policies and interventions. Perhaps the most significant lesson we learned from the preceding lessons is that it is possible to embrace complexity when dealing with a diverse variety of scenarios and locations, the complexity of implementation, complexity of people, and complexity of outcomes and produce good outcomes.

Moreover, we have realized that complexity is a tool for progress, enabling us to look beyond what has been done in the past to what can have unanticipated implications in unexpected places.

Beyond the nudging, what can we do?

Nudging is a powerful force that can be used for good when motivation from home, public, and the workplace has been ruled out. Citizens have a right to know; however, they are being nudged to figure out if they want it or not. One of the most important philosophies in nudging is transparency.

If a company wants a nudging campaign to succeed, they will have to be fully transparent about their goals, so citizens have all the information necessary to decide about accepting or rejecting each one properly. We are now getting a glimpse of a world where government decisions can be better informed within various parameters, evidence, and outcomes.

People should be independent and take care of themselves, which can be leveraged to overcome Autonomous motivation barriers.

Rather than just nudge citizens, governments may use theories like the Self-Determination Theory (SDT) to give people a sense of control over their choices and lives while still reaching the goal of enhancing their general health and wellbeing.

Self-determination is an essential concept in psychology that relates to each person’s capacity to make decisions and govern their own lives. This capacity is critical to one’s psychological health and wellbeing. People are more driven to act when they believe their actions will impact their lives.

According to Daz et al. (1990), human internalization enhances autonomy and the capacity to self-regulate one’s conduct. Once a person internalizes their motives, they may act independently on those goals. Furthermore, when these internalized incentives are pro-health, such as “exercise,” Pro-Health behavior emerges.

The psychological progress indicated by self-determination theory does not occur spontaneously. I feel that nudging is one method for increasing self-motivation. While humans may want progress, it needs constant maintenance. Hence, the need to internalize and develop autonomous motivation.

Also, Deci & Ryan (2008) argue that their upbringing shapes people’s propensity to be proactive or passive. The importance of social support relationships and interactions with people may either promote or hinder personal progress.

While social support is vital, other variables might aid or impede its development. E.g., Extrinsic incentives for genuinely driven conduct may diminish autonomy, according to Deci.

On the other hand, encouragement and positive feedback on one’s achievement might improve intrinsic motivation, Deci says. In addition, this form of feedback boosts confidence, which is essential for personal progress.

Rather than just nudging, governments might build interventions based on Self-determination theory to understand better what motivates your actions. Being self-determined or having the control and freedom to make decisions that define your future is essential for everyone’s wellbeing.

You will feel happier and more capable of making excellent decisions if you pursue organically driven activities and relate to your objectives.

eMBeD. (2018a). An experiment in Poland showed it was possible to increase the number of people paying taxes by 21 % by changing the wording on letters the government When Context Matters: Increasing Tax Payments in Poland.

Peter John. (2018). How Far to Nudge? Assessing Behavioural Public Policy Connect with Us Find us on Facebook Read our Blog.