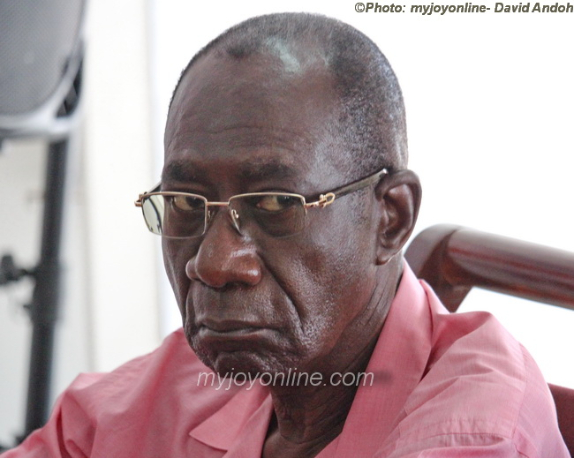 The story of an ‘Emperor’ whose reign was not over a kingdom but over the airwaves has finally been unravelled from the “centre of the world” in a memoir.

The 286-page memoir, titled Mike Eghan, The Emperor’s Story, From the Centre of the World, captures the life story of Ghanaian veteran broadcaster Mike Eghan.

Launching the memoir in Accra last Tuesday, an academic at the Institute of African Studies at the University of Ghana, Prof. Esi Sutherland-Addy, described the book as an “incredibly generous piece of work that captures every minute detail of his ups and downs throughout his lifetime.

“Some of these he tells us, others are implied and tucked away in different parts of the narrative for us to deduce, but we get the feeling of privilege of being invited into the life of this man,” she said at the event attended also by some veterans in media practice, including the Managing Editor of The Insight, Mr Kwesi Pratt Jnr, and satirist and talk show host, Kwaku Sintim Misa.

Prof. Sutherland-Addy said Mike Eghan not only talked about himself but spent a large proportion of the book projecting other people.

“The book highlights other people in diplomatically probing into their lives and bringing out the best in them, and he enthusiastically invokes the contributions that others have made to his life,” she added.

Reviewing the book, a member of faculty of the School of Performing Arts, University of Ghana, Dr Sarah Dorgbadzi, said “it contains an engaging story about Mike Eghan’s life”.

The story, she said, was told in “such simple conversational tone. Mike’s eloquence and dexterity to hold his audience’s attention as has been his hallmark in radio and television is exemplified in this piece of writing”.

Dr Dorgbadzi said the autobiography unearthed some issues of human nature, Ghanaian cultural practices and different perspectives from what was known in the public domain.

“From this book, we get the back stories of some developments in our country, the hands behind the hands that take the action, the songs behind the songs that we hear and many interesting details,” she added.

Mr Eghan, now 83 years old and bespectacled, was attired in a white smock over a pink long sleeve shirt.

In the end, he said only a few words, mainly an expression of appreciation, stressing he had no more to add after the tributes from the speakers.

Mr Mike Eghan worked with GBC as a show host.

He also had a successful stint with the BBC in the late 60s and early 70s where he served as a freelance broadcaster and a presenter for the BBC World Service.

His television talk show, Mike Eghan Show, a GTV programme which was broadcast as part of URTNA (Union for Radio and Television Networks for Africa) was a never-to-be-missed feature in many African countries.

He has won several awards, including the Grand Medal Civil Division, for his meritorious service in the media.