Video: I was treated like an animal in a Nigerian torture school - MyJoyOnline.com

Video: I was treated like an animal in a Nigerian torture school 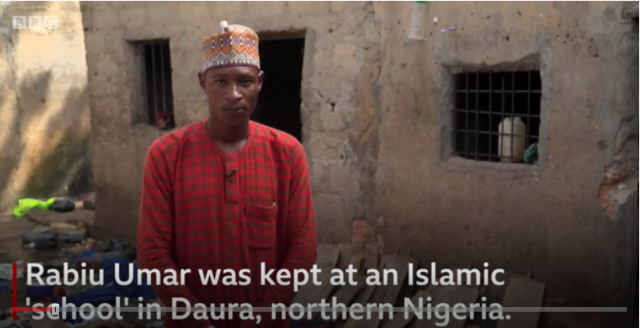 Police discovered more than 70 young men and boys in shackles when they raided a private Islamic school in northern Nigeria.

Hundreds have been freed from three similar institutions in recent weeks.

Islamic boarding schools, known as Almajiris, are common across the mostly-Muslim north of Nigeria.

Parents sent their children hoping to correct their poor behaviours as well as acquire Islamic education, those rescued have alleged being tortured and sexually abused.

Rabiu Umar Galadima, 26, was one of those rescued from the school in the town of Daura, which is the birthplace of President Muhammadu Buhari.