Wayne Rooney: “I’ve had one bad game and everyone’s all over it” 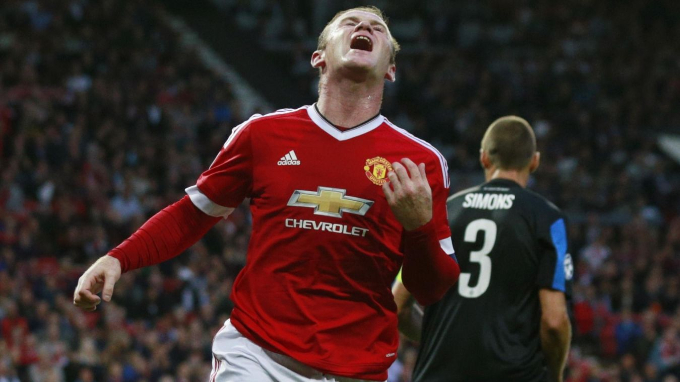 Wayne Rooney believes the criticism directed at him for the lack of goals for Manchester United is unwarranted and is confident he will soon rediscover his scoring touch.

The England striker has drawn a blank in each of United's three games against Tottenham Hotspur, Aston Villa and Club Bruges, despite being deployed as a central striker by manager Louis Van Gaal.

Rooney has not found the back of the net in eight Premier League games for his club, and last scored in their 3-1 win over Aston Villa on April 12.

The striker said it is just a matter of time before he starts scoring again. "It's early on in the season — we're just three games in. I've experienced this criticism before and the goals will come, I know that," the 29-year-old said.

"I understand I have to be the one who's going to lead that line for us and try and find the goals for us," the England captain added.

"My mind is clear. I know how to play the role. "It's just a case of getting the chances and taking them, which I'm hopefully going to do soon," Rooney, who notched 12 Premier League goals last season from a slightly deeper position, said.

The striker was also unhappy with the criticism over his recent performances.

"I've had one bad game this season and everyone's all over it. I've had that throughout my career but hopefully at the weekend I can get off the mark," he said. "I'm an honest guy. I know when I don't play well and against Aston Villa I was below my standards."