Nigeria advanced to the third round of African qualifying for the 2018 World Cup with a 2-0 win over Swaziland on Tuesday.

After a goalless first leg, the Super Eagles finally found a breakthrough in the 52nd minute when Moses Simon curled in a free kick.

Nigeria allowed the visitors few chances from that point and doubled their advantage with Fefe Ambrose's free kick in the 87th minute.

Phumlani Dlamini was sent off in stoppage time for Swaziland as Nigeria reached the group stage.

A Giovanni Sio brace helped Ivory Coast advance with a 3-0 win over Liberia, while Jean Michael Seri also scored in the 4-0 aggregate victory.

Libya provided the first upset of the day as the 113th-ranked side eliminated 96th-ranked Rwanda with a 3-1 victory. 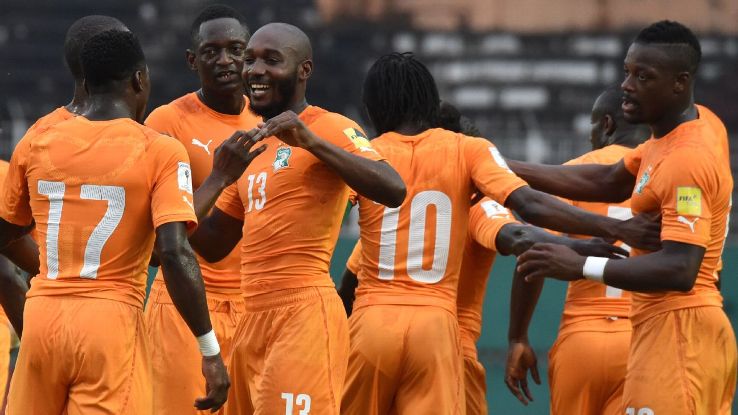 Cheick Diabate and Bakary Sako scored in the first half to help Mali erase a deficit from the first leg as a 2-0 win over Botswana put them through 3-2 on aggregate.

Senegal cruised past Madagascar 3-0 as goals from Cheikhou Kouyate, Moussa Konate and Mame Biram Diouf separated the sides after a 2-2 draw in the first leg.

Heldon scored on both sides of half-time to help Cape Verde advance at the expense of Kenya, the 2-0 win erasing the islanders' 1-0 defeat in the first leg.

Kenya's chaotic trip to Cape Verde involved a player strike, a charter airline which refused to take off, and an unfolding scandal over money.

Siam Ben Youssef and Saad Bguir supplied the goals in the second half to complete the 4-2 aggregate victory.

Algeria romped past 10-man Tanzania 7-0, though they were in control even before Mudathiri Yahya was sent off in the 41st minute.

After the first leg finished 2-2, Yacine Brahimi put Algeria ahead in the opening minute before Faouzi Ghoulam made it 2-0, and Riyad Mahrez scored before-half-time. 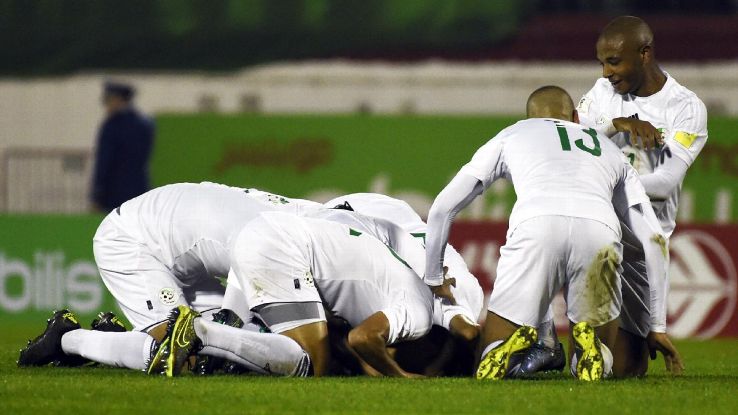 South Africa held a comfortable lead over Angola from the first leg and advanced 4-1 on aggregate after a Manucho Dinis own goal was the only scoring in Tuesday's 1-0 second leg.

Congo escaped a minor scare to win 2-1 and reach the group stage at the expense of Ethiopia.

Getaneh Kebede's first-half goal for Ethiopia levelled the aggregate score at 4-4, but Congo goals early in the second half from Francis N'Ganga and Thievy Bifouma put the tie out of reach.