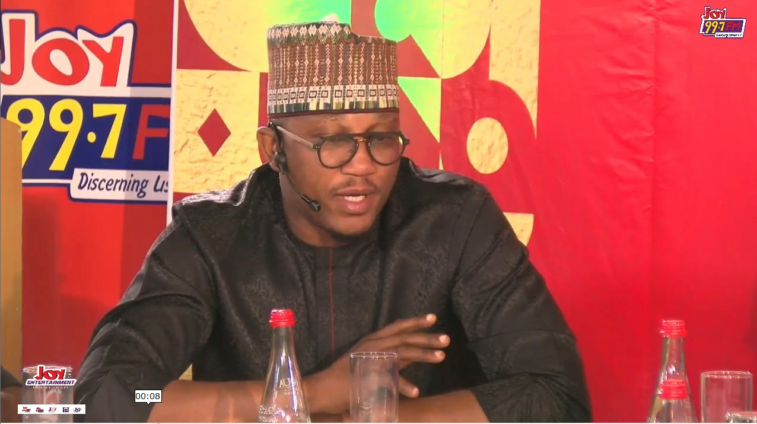 The fast-paced changes occurring in different sectors of the business around the world pose threats to many event organizers.

Sadiq appeared as a speaker on Joy Entertainment’s Showbiz Roundtable, themed Music, Business and Tourism, organized to weigh in on and find solutions to some of the creative arts industry’s woes.

Amid accusations and allegations of corporate entities deliberately refusing to invest in musical shows, for fear of losses and prejudice, it has remained the primary source of funding for events. However, Sadiq admits “we are gradually getting to that point where we wouldn’t have to resort to them because globalization and other experiences such as Afro Nation have raised the bar… and it’s become more expensive to produce the experiences, and corporate Ghana can’t fund it”

The founder of Wildaland Music Festival which attracted thousands of music lovers to the Shai Forest Reserve for days of thrilling performances from some of Ghana’s biggest music stars, elaborated that the “size of the market is relatively small”, making it difficult for corporate entities to comfortably invest in shows.

According to Sadiq, the cost of the experiences that have been produced over the last 5 years at musical concerts, exceeds the 300 million Ghana cedis value put out by experts as the size of the market. This forms the basis for Sadiq’s assertion; “it goes beyond what corporate Ghana could afford”.

However, Serial Entrepreneur Ruddy Kwakye believes that there is a bail-out for the current challenge. The Afro Nation concert partner who believes the 30 million population size of Ghana cannot be described as a small market, also disclosed that every member of the Ghanaian populace “is worth a certain number to a brand” and that it is the duty of event curators and their associates to present a well detailed and positive outlook of the numbers to investors.

“The thing that we need to do on our side is to show that knowledge of how that conversion works”, he said, while citing Uncle Ebo Whyte’s cult-following as an example of an audience that can be tapped into by investors.

The Showbiz Roundtable was held at the Labadi Beach Hotel on October 29, powered by Joy Entertainment. It recruited experienced industry players who discussed the various challenges in the creative arts industry.

DISCLAIMER: The Views, Comments, Opinions, Contributions and Statements made by Readers and Contributors on this platform do not necessarily represent the views or policy of Multimedia Group Limited.
Tags:
Joy Entertainment
Sadiq Abdulai Abu
Showbiz A-Z
Showbiz Roundtable