We can't go back to IMF; there will be serious economic consequences - Economist warns - MyJoyOnline.com

We can’t go back to IMF; there will be serious economic consequences – Economist warns 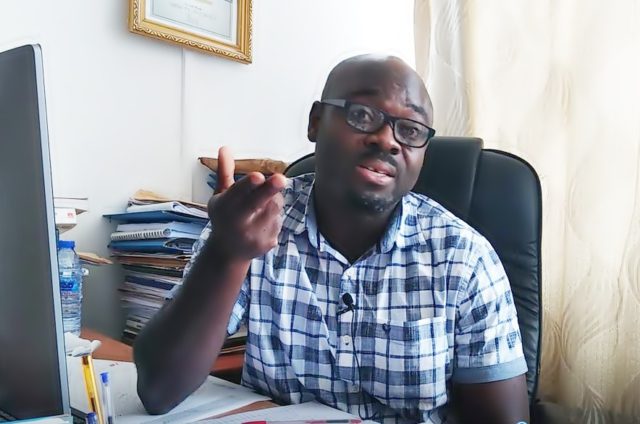 Economist and Lecturer at the University of Ghana Business School (UGBS), Prof. Lord Mensah, has warned the government against any attempt to return to the International Monetary Fund (IMF) for financial support.

Speaking on JoyFM’s Super Morning Show, on Thursday, he noted that going back to the IMF will have serious economic consequences on the country.

“We’ve been to IMF before and I tell you when we go to IMF now, we’re going to expose ourselves and the communication to IMF is that we’re not disciplined enough when it comes to the management of our funds.

Though he believes it is the right way to go in building a robust economy, he doubts the country can comply with the stringent measures that will be rolled out by the IMF.

“So when they come in a form of rescue, the peanuts they’re going to give, and the stringent economic measures they’ll put in place, I doubt the country can be able to follow. So we have to be careful how we’re running to IMF and all that,” he warned.

“We were at the World Bank some few years ago and they came with certain conditions and they gave us certain targets, including our budget deficit of 5% to GDP.

“When we were about to round up the IMF programme, we were so quick and happy to come out of IMF, thinking that when we come out of IMF we will be on our own and start rolling out policies that will start creating employment

“Now, we moved out of the IMF, and then we jumped our budget deficit to 11%. So as for the international market, it’s a no-go area,” he said.

He was speaking on the back of the Finance Ministry’s latest press conference on how the government intends to raise revenue through the e-levy.

Commenting on the latest development, he bemoaned the failure of the government to leverage on other state resources as means of raising revenue, instead of resorting to the electronic transaction levy (e-levy).

“As a country, we have the resources, but mismanagement has brought us where we are now,” he added.