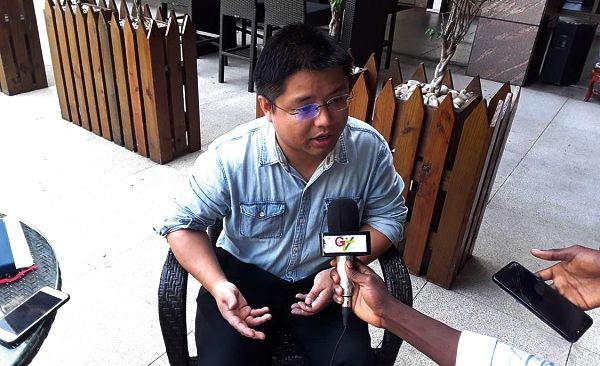 The Management of the Ghana Bauxite Company (GBC) at Awaso in the Western North Region has refuted claims that it pays its workers meagre wages.

Rather, it says its salary structure reflected the skill set and qualification of its workers.

In June, some workers went on the rampage and destroyed some properties of the company over what they described as poor conditions of service and low wages.

The development resulted in the closure of the company.

But in an interview in Accra last Saturday, the Vice General Manager of GBC, Mr Liu Xin, said the company employed about 600 workers who were paid depending on their qualifications, skills set and expertise.

He said those with the needed skills earned more salaries, while those with no skills were contract staff who were outsourced.

The contract workers, he explained, were also trained on the job to enable them to acquire the needed skills.

“After one year of training, and if they proved themselves, we move them to another salary scale,” he said.

According to Mr Liu, the average monthly salary of the workers was GH¢800, with some of the highly skilled workers earning GH¢3,500.

He, however, explained that the management and the workers were in negotiations over the revision of their conditions of service and, therefore, the demonstration and subsequent destruction of properties were needless and in bad faith.

The two-day protest by the workers took place on June 17 and 18, this year.

More than seven offices, including the Human Resource Department and adjoining offices, were burnt.

The aggrieved workers allegedly moved to the residence of the Human Resource Manager and set the house and vehicles on the compound ablaze.

They were also said to have caused extensive damage to the residence of the Chinese General Manager, blocked the road to the mines with their haulage trucks and set tyres on fire, thereby halting all economic activities and vehicular movement.

The Chinese managers of the company escaped in the course of the protests, while the Ghanaian Human Resource Manager also managed to escape to an unknown location with his family through the bush.

Perpetrators to face the law

On June 20, the Minister of Lands and Natural Resources, Mr Kwaku Asomah-Cheremeh, visited the mines and expressed shock over the massive destruction caused to properties of the company.

He described the demonstration that led to the destruction of the properties as illegal, since the demonstrators had failed to comply with the Public Order Act.

Mr Liu appealed to the government to bring the perpetrators of the violence to book to restore investor confidence in the country.

He also called for permanent security on the premises of the mine.

“Those who caused this havoc must face the law. We also urge the government to implement a long-term security solution that will deter people from engaging in such acts,” he said.

He said the violence could negatively affect future investments into the company.

According to him, the Chinese investors have proposed to build a bauxite refinery which would provide jobs for thousands of people in the area.

“We are observing the situation and it would affect our future decisions but for now we are cooperating with the government to resolve this matter,” he said.