We have sent reinforcement to Zakoli – Northern Regional Minister 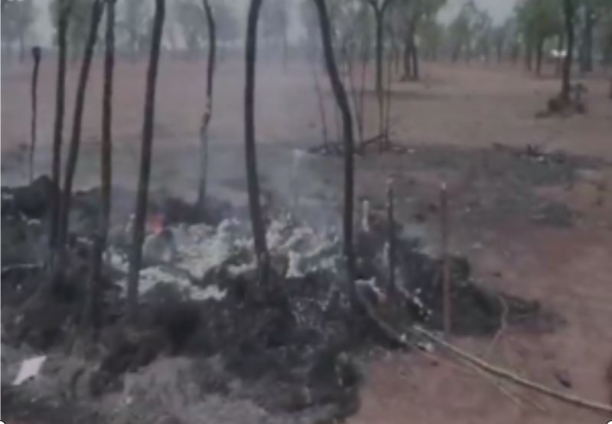 The Northern Regional Minister, Shani Alhassan Shaibu has said that reinforcements have been sent to Zakoli, a Yendi suburb where residents lost their lives in an attack on Tuesday, April 12.

Nine people were killed in the attack. The attack also injured four other people. Several homes were set on fire, and several properties were destroyed.

He also stated that three Police officers have been stationed in each of the three affected communities.

JoyNews/AdomNews · We have sent reinforcement to Zacholi – Northern Regional Minister

He stated that the reasons for the attack that resulted in the residents’ deaths are still unknown.

The Northern Regional Minister, urged residents of Zakoli, to remain calm as the Police investigate the recent attack on them.

Speaking to residents a day after the attack, Alhaji Shani Alhassan Shaibu assured them that the law will deal with the perpetrators of the attack.

“I am appealing to the Fulani community who have been at the end of the suffering to exercise restraint. The law will grind slowly, but it will catch up with all the perpetrators. I know we are in a state of agony now,” the Minister said.

According to him, this heinous crime committed will not go unpunished, thus residents should cooperate with the Police and provide information for the arrest of the assailants.

Meanwhile, the Municipal Chief Executive (MCE) of Yendi, Ahmed Abubakar Yussif, has appealed to residents of the Yendi community to provide information that will lead to the arrest of the attackers of Zakoli community.