We need strong leadership to win in 2016 – Konadu Apraku 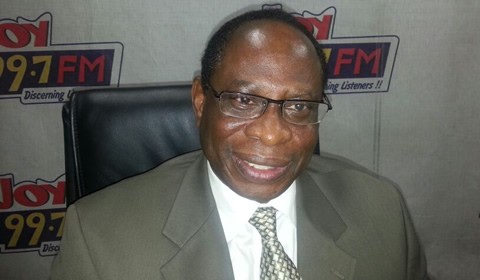 A former Minister of Trade and Industry, Dr Kofi Konadu Apraku, has said the New Patriotic Party (NPP) needs a strong leadership to win the 2016 polls.

In his view, the NPP could only win power in 2016 if the party provided a strong leadership and not rely so much on the challenges facing the economy.

He stated that the NPP could not rely on the fact that the economy was not doing well to automatically win the election as the situation now is not different from that of 2012.

Dr Apraku, who is expected to contest the party’s flagbearership slot ahead of the 2016 general election, indicated that this was the surest way to send strong signals to Ghanaians that indeed the NPP, when given the opportunity, could find solutions to the ailing economy.

‘If we want to win the election, then we have to organise our party very well. We cannot win at the weakness of the National Democratic Congress (NDC.) We have to win on our own strength’  he said.

The former minister made these comments when he granted interview to journalists after a closed-door meeting with the new constituency and regional executives in the Volta Region over the weekend.

Dr Apraku observed that the division that existed in the party would not enhance their chances of winning power and, therefore, called for a united front.

‘In 2000, when we were in opposition, the effectiveness of our parliamentarians, polling station agents, selfless devotion, high motivation and the collective desire of the party to win power made us to win the election’, he said.

The party, he said, had to deal with issues that cropped up during the election petition hearing and also conduct proper training of polling agents, as well as provide them with incentives to feel motivated in order to work hard for victory.

Issues on the Economy

Speaking on the economy, Dr Apraku, also an economist, described the Bank of Ghana's (BoG’s) interventions to halt the fall of the cedi as anti–business.

He observed that the BoG putting restrictions on access to foreign currency was just a temporary measure to halt the problem of depreciation of the cedi but not to fundamentally reverse the trend.

'These rules are too anti-business. Instead of fighting the instability, we are rather fighting shortages’, he stated.

‘We are competing with foreign firms that have access with currencies at stable rates”, he said.

He said high cost and unstable exchange rates were negatively affecting the performances of businesses resulting in their inability to raise revenue to pay taxes.

‘Instead of providing incentives for businesses to produce more and generate greater productivity to invest in new technology to be embraced to enhance productivity, the BoG is acting in ways that are not progressive for the business”, he stated

According to him, taxes paid to the government by businesses went down by 14 per cent last year because they were not producing enough to generate revenue to pay taxes.

The BoG, he said, should address what caused the problem and not people having access to foreign currency.

To address the issue practically, Dr Apraku agreed with the President’s measure to generate more foreign exchange by reducing importation of goods and focus on things that Ghanaians could produce in the country after citing a situation in Nigeria where it was not allowed to import rice into the country.

Dr Apraku also suggested that the government should explore anti-dumping legislation made available by the World Trade Organisation (WTO) to restrict other countries from dumping their goods on the Ghanaian market.