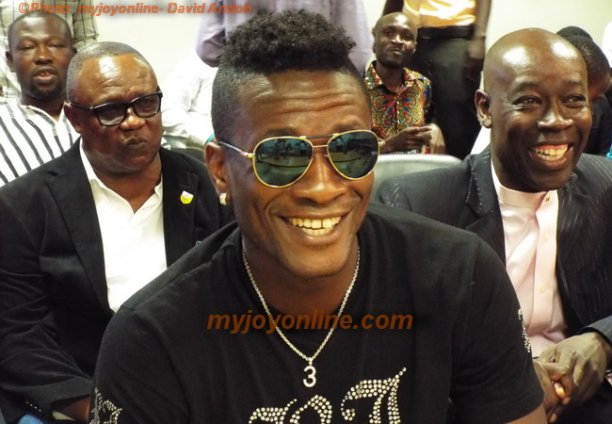 Ghana captain Asamoah Gyan says issues about the team’s bonus package for the Africa Cup of Nations have been resolved and the players are ready to die for the nation in Equatorial Guinea.

Per the new proposal, the Black Stars players will pocket a flat amount of US$ 5,000 for every match played at the tournament whether lose, win or draw.

This was silently watered down by the players with Gyan himself going public to express his disagreement.

It would be recalled that Ghana players at the 2014 FIFA World Cup finals threatened to boycott their final Group G clash against Portugal if their appearance fees were not paid.

But Gyan has confirmed both parties have reached a common ground and assured Ghanaians that Brazil scenario will not be repeated at the Nations Cup.

“Before we didn’t know before we heard it in the press. During these holidays, we had to sit down with the board members and then trash out some issues and talking about the bonuses because we don’t want the Brazil issue to get in our heads right now,” Gyan said.

“We want to prove to people it is not about the money. We are just here to die for the nation as we’re Ghanaians.

“We are just playing with our hearts and make sure we die for the nation. So far, the players are happy with the money and everything has been resolved.

“What we’re thinking now, is to going to Equatorial Guinea and to die for the nation.”