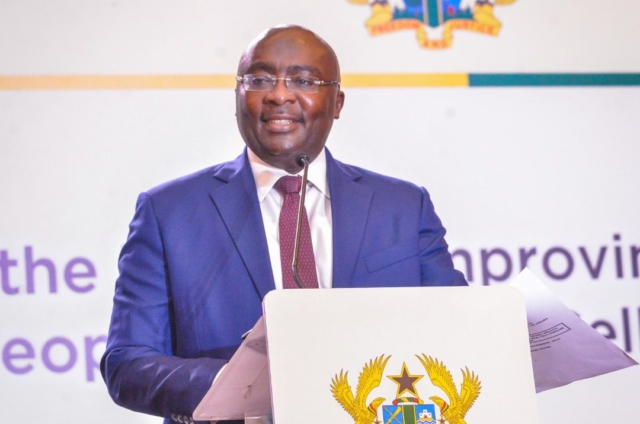 The Vice President, Dr. Mahamudu Bawumia has said that 461,339 depositors of Savings and Loans as well as microfinance firms have so far been paid their locked-up funds, following the revocation of licenses of some S & Ls and MFIs.

At the same time, he reiterated that all customers of the nine defunct banks whose licenses were revoked by the Bank of Ghana have also been paid.

Furthermore, Dr. Bawumia said “so the savings and loans, it’s only 3,745 that have not been paid because it is due to related and third party transactions which is being investigated. But all others have been paid.”

The Vice President once again chastised the previous managers of the Central Bank saying they supervised a poorly structured microfinance sector.

“As I said the microfinance sector was one of the most poorly set up sectors. They [microfinance institutions] had made all sort of investments that were not tenable; savings and loans too.  It was difficult essentially doing a rescue of all these struggling institutions”, he added.

Reasons behind revocation of licenses of S&Ls

The Bank of Ghana in August last year revoked the licences of 23 insolvent savings and loans companies and finance house companies.

The Central Bank in a statement attributed the move as necessary because the S&Ls have become insolvent even after a reasonable period within which the regulators has engaged with them in the hope that they would be recapitalized by their shareholders to return them to solvency.

Reasons behind revocation of licenses of MFIs

Earlier in May 2019, the BoG had revoked the licenses of 347 insolvent microfinance companies.

The licences of 192 of them were revoked in addition to that of another 155 that have ceased operations.

DISCLAIMER: The Views, Comments, Opinions, Contributions and Statements made by Readers and Contributors on this platform do not necessarily represent the views or policy of Multimedia Group Limited.
Tags:
BoG
MFIs
S&Ls