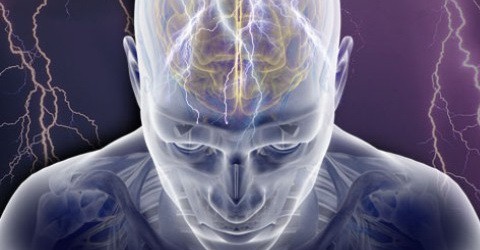 Epilepsy is a brain disorder in which a person has repeated seizures or convulsions over time. Seizures are episodes of disturbed brain activity that causes changes in attention or behaviour.

Within minutes, the attack is over; the person regains consciousness but is exhausted and dazed. This is the image most people have when they hear the word epilepsy.

However, this type of seizure, a generalised tonic-clonic seizure is only one kind of epilepsy. There are many other kinds, each with a different set of symptoms.

Epilepsy was one of the first brain disorders to be described. It was mentioned in ancient Babylon more than 3,000 years ago. The strange behaviour caused by some seizures has contributed through the ages to many superstitions and prejudices. People once thought that those with epilepsy were being visited by demons or gods.

However, in 400 BC the early physician Hippocrates suggested that epilepsy was a disorder of the brain – and we now know that he was right.

Epilepsy happens because clusters of nerve cells or neurons in the brain sometimes signal abnormally. Neurons normally generate electrochemical impulses that act on other neurons, glands, and muscles to produce human thoughts, feelings, and actions.

In epilepsy, the normal pattern of neuronal activity becomes disturbed, causing strange sensations, emotions, and behaviour or sometimes convulsions, muscle spasms and loss of consciousness. During a seizure, neurons may fire as many as 500 times a second, much faster than normal. In some people, this happens only occasionally; for others, it may happen up to hundreds of times a day.

Most people with epilepsy would positively respond to modern medicines and surgical technique. There are however about 25 – 30 % of patients who would not respond to available treatment and this, doctors refer to as intractable epilepsy.

Having a seizure does not mean the person necessarily has epilepsy, only when a person has two or more seizures is he or she considered to be epileptic.

Epilepsy is not contagious and is not caused by mental illness or mental retardation. Some people with mental retardation may experience seizures, but seizures do not necessarily mean the person has or will develop mental impairment. Indeed, many people with epilepsy have normal or above normal intelligence including many writers, military generals, athletes etc.

Seizures sometimes do cause brain damage especially when they are severe, however most seizures do not appear to have a detrimental effect on the brain. Any changes that do occur are subtle and it is unclear whether these changes are caused by the seizures themselves or by the underlying problem that caused the seizures.

While epilepsy cannot currently be cured, for some people it does eventually go away. The odds of becoming seizure-free are not as good for adults or for children with severe syndromes, but it is nonetheless possible that seizures may decrease or even stop over time. This is more likely if the epilepsy has been well-controlled by medication or if the person has had epilepsy surgery.

Epilepsy may develop because of an abnormality in brain wiring, an imbalance of nerve signaling chemicals called neurotransmitters, or some combination of these factors. Some of the causes therefore include:

• Heart attack, stroke or transient ischemic attack (mild stroke) and other conditions that deprive the brain of oxygen

• Brain injury that occurs during or near birth

• Abnormal blood vessels in the brain

• Infections and poor nutrition in a pregnant mother affecting the unborn child.

• Other illnesses that damage or destroy brain tissue such as hydrocephalus, a condition in which excess fluid builds up in the brain

• Poisoning from lead, carbon monoxide and overdose of medications including antidepressants.

• Lack of sleep, stress or hormonal changes associated with menstrual cycle can provoke first seizures or cause breakthrough seizures in a well-controlled patient

Genes also could play a role causing the illness to run through families. Some people are also sensitive to light flashing at a certain speed or the flicker of a computer monitor and this condition is known as photosensitive epilepsy.

What are the different types of seizures?

There have been about 30 different types of seizures described but generally there are 2 major types which are the focal type and the generalized one. In focal seizures, only one part of the brain is affected, for example, frontal lobe seizures. In simple focal seizures, the person will remain conscious but experience unusual feelings or sensations that can take many forms.

The person may experience sudden and unexplainable feelings of joy, anger, sadness, or nausea. He or she may also smell, hear, taste, see, or feel things that are not real. In complex focal seizures, the person may have a change in consciousness producing a dreamlike experience and may exhibit repetitious movements such as blinks, twitches, mouth movements or even walking in a circle. These seizures usually last just a few seconds.

The generalized seizure affects both sides of the brain leading to falls, loss of consciousness and severe muscle spasms and twitches. Another variety of generalized seizure is the absence seizure where the person just stares into space and may or may not be accompanied by jerking movements.

Epileptic fits may usually be preceded by an aura which is a strange sensation such as tingling, smelling an odour that is not actually there or emotional changes. This is called an aura.

Taking a detailed history remains one of the oldest and most reliable methods of diagnosing epilepsy. Doctors may additionally order an EEG which shows the electrical activity of the brain in wave forms and can tell the characteristic nature of epileptic waves. Brain scans can also be utilized to check for tumuors, cysts etc in the brain and there are always newer versions of these machines on the market and on experimental basis. Other tests can also be requested to rule out infections, lead poisoning and diabetes that may trigger the seizures. Other types of tests can be done to determine how the disease is affecting the person.

• There are many treatment strategies for epilepsy. There are over 20 different drugs for epilepsy including carbamezepine, phenytoin, valproate, topiramate etc. The choice of drug would depend on the person’s age, lifestyle, how frequently the fits occur and whether it is a woman who would soon get pregnant.

Sometimes if a patient becomes seizure free for two years the doctor may advise discontinuation of the drug under close supervision.

• Neurosurgery can be done in some cases to remove the underlying cause of the surgery or to remove the focal point in the brain causing the fits.

• A strict diet rich in fats but low in carbohydrates known as ketogenic diet has been beneficial in some cases.

• A strategy known as biofeedback is sometimes employed where the person learns to control his or her own brain waves but reliability on this method is quite controversial.

How to help someone with a seizure

If you see someone having a seizure with convulsions and/or loss of consciousness, here’s how you can help:

• Roll the person on the side to prevent choking on any fluids or vomitus.

• Loosen any tight clothing around the neck

• Do not restrict the person from moving unless they are in danger.

• Do not put anything into the person’s mouth, not even medicine or liquid. This can cause choking or damage the jaw, tongue or teeth.

• Remove any sharp or solid objects around.

• Note how long the seizure lasts and what symptoms occurred so you can tell a medic if necessary.

• Stay with the person until the seizure ends.

• Call for medical help if the person is pregnant, has diabetes or the seizure occurred in water. Also emergency medical aid would be needed for seizures lasting more than five minutes, stopping of breathing, repeated seizures before consciousness regained or injury of the patient.