Who killed the judges: Amedeka was brought into prison as mad man - MyJoyOnline.com

Who killed the judges: Amedeka was brought into prison as mad man 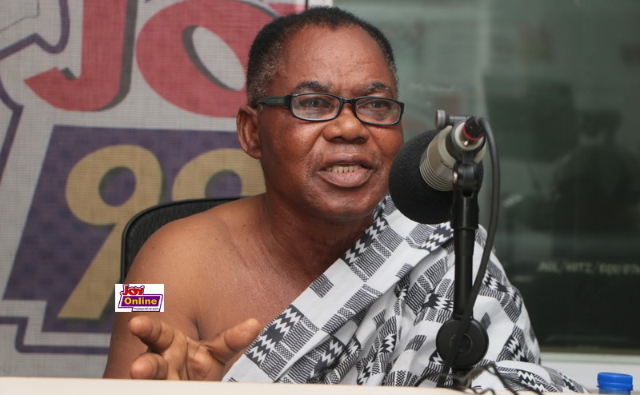 A former Prison Officer, Magnus Nortey Oquaye, has revealed some soldiers attempted to frustrate interrogation of L/Cpl Samuel Amedeka, a suspect in the murder of the three judges, by claiming he was mentally ill.

The claim, according to Nortey, was to prevent Amedeka who had been taken to the Bureau of National Investigations (BNI) cells around the 37 Military Hospital, from being questioned by the police Special Investigation Board (SIB) which was investigating the abduction and killing of the superior court judges and a retired army officer.

Nortey, a Chief Superintendent and Second In-Charge (2IC) at Ussher Forte Prisons between 1975 and 1983, said he shared the same cells with the murder suspect following the many arrests that were made in a failed coup against the Provisional National Defence Council (PNDC) government led by its Chairman, Flt. Lt. Jerry John Rawlings.

On the night of June 30, 1982, news broke that three superior court judges and an ex-military officer had been abducted by unknown men. Initial investigations revealed Justices Kwadwo Adjei Agyepong, Poku Sarkodie and Cecelia Koranteng-Addow were killed.

Later their charred bodies were found miles away from the capital, Accra. The people arrested and executed for the heinous crime – Joachim Amartey Kwei, Lance Corporal Amedeka, Tony Tekpor and Johny Dzandu – said they were carrying out a national assignment.

A comprehensive documentary on the incident produced by Joy News titled ‘Who killed the judges’ was aired on Tuesday night, reigniting discussions on the issue.

Read: WHO KILLED THE JUDGES: Freedom is not free; Sosu advises Ghanaians to be responsible

Speaking Thursday on the Super Morning Show on Joy FM, the former warden who is now a chief in Teshie and bears the stool name Nii Nortey Tuaka II, said police officers, however, approached him and other inmates to persuade the unwilling Lance Corporal to testify.

But after some interaction with Amedeka by the inmates who also offered the suspect a variety of meals to choose from -which he did- the supposed mad soldier began to “behave normally”, the Chief said.

“After eating he came to sit with us and we started playing cards or ludo. It was in the midst of that that he asked ‘ah Sir, who are you?’…so after the introduction then he asked why he was brought into the cell [but] initially we told him we didn’t know,” he told the host of the Show, Daniel Dadzie.

The incarcerated prison officer said he and the other inmates told Amedeka that he had been brought there to give information regarding his involvement in the abduction and murder of the judges. The kind of evidence he will provide will either determine if he will walk free again or he will be made to face the barrel of the gun, the officer recalled telling Amedeka who asked them if Chairman Rawlings or his Security Advisor, Capt Kojo Tsikata, knew he had been brought there.

The suspect then started to open up and told them “he was working at the Broadcasting House [Ghana Broadcasting Corporation] when Amartey Kwei came there with specific instruction and a paper on which there was a diagram as to where they should pick the judges,” the ex-warden recounted.

This information, which the suspect provided when he faced the SIB panel, led to the arrest of Joachim Amartey Kwei who according to the ex-officer, told them he acted based on an instruction he received in a note dropped on his desk and signed by Capt. Kojo Tsikata.

Amartey Kwei, however, said he had destroyed the note that carried the instructions after the orders were executed. “So we told him (Amartey Kwei) if he had the paper, that would save his life but if he has destroyed it then he has no evidence so will die.”

“He asked ‘what were Chairman Rawlings and Kojo Tsikata doing about all these things?’ He was answered that ‘look, you were at Koforidua Prisons, Anomabo Prisons and Ussher Forte [Prisons] and now you are here. If there was anything to do for you, they would have done for you’.”

A few days later the ex-warden said, Joachim Amartey Kwei together with two other suspects, Tony Tekpor and Johny Dzandu, were taken from their cells but never brought back. It was later that they heard they had been executed by firing squad after they were found guilty of the murders.

Amedeka however, broke jail at Ussher Forte and escaped. He was years later spotted in Togolese capital, Lome where he had been living ever since.

Meanwhile, Senior Political Science lecturer at the University of Ghana, Dr. Seidu Alidu says the National Reconciliation Commission set up in 2002, did not do enough in helping people find the truth and cope with human rights abuse cases they suffered during the dark era of the country's history.

“I don’t think that the NRC dealt with issues of human rights abuses holistically. If you look at it, it was systematic,” Dr. Alidu said while contributing to the discussion.

At the time of the murders, the military leaders failed to institute the rule of law and justice, Alidu added. But he did recognize that authorities may not have had the power to govern in the way they wanted because of scant resources.