Why African climate campaigners are unhappy with John Kerry 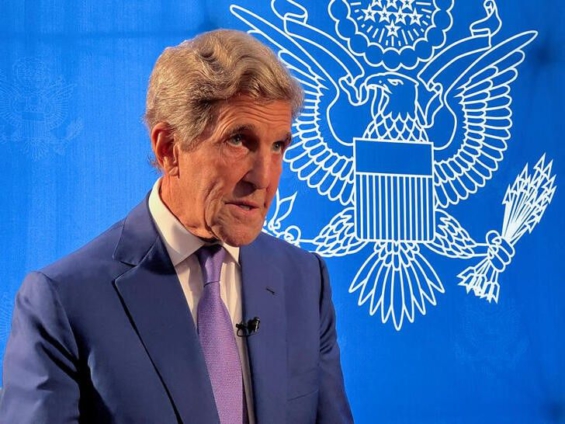 African climate campaigners have slammed US Climate Envoy John Kerry for showing a lack of comprehension of the magnitude climate change portends on the African people.

Addressing the African Ministerial Conference on Environment (AMCEN) taking place in Dakar, Senegal, John Kerry cautioned against investing in long-term gas projects in Africa as countries in the region wrestle with how to power their development with clean energy.

He said the viability of long-term gas projects could become a problem beyond 2030, the target date many developed nations have set to move to mostly renewable and curb the need for gas.

But “Africa is disappointed that John Kerry came to AMCEN without coming out strongly to deliver a bold commitment that would offer hope to families in the Horn of Africa, Sahel and the rest of Africa whose livelihoods have been turned upside down by a problem they have very little to do with, said Mithika Mwenda, the Executive Director of the Pan African Climate Justice Alliance (PACJA).

In his speech, Kerry denied that the West and developed nations bear responsibility for climate change and urged every country to bear the burden of its impacts.

Further, he rubbed the Africans the wrong way by stressing the need for mitigation.

Africans tend to favour a focus leaning towards adaptation.

Mithika said African CSOs consider it a mockery to the people on the continent when a top US diplomat spews out what Africans have heard over the years without telling them why his country continues to churn out tonnes of carbon emissions across the Atlantic and on its failure to honour its commitments on climate finance.

“A COP in Africa, undoubtedly, should recognize what has united all of us; special needs and circumstances on the continent that personify the impacts the climate crisis has condemned on humanity,” said Mithika.

Africa at the crossroads of taking climate action   A report by the United Nations University – Institute for Natural Resources in Africa (UNU-INRA) has identified climate change as a key driver to asset stranding in Africa’s natural resources sector, which contributes substantially to export revenues of a majority of African countries.

The research, Africa in the age of stranded assets, argues that managing the risks associated with asset stranding will be fundamental to sustaining government revenues from extractive resources.

As the urgency to act on climate change grows, international climate policies and the advent of low-carbon technologies are reducing the demand for, and value of, fossil fuels.

It is estimated that 60-80% of coal, oil and gas reserves could be classified as unburnable if the world is to avoid disastrous climate change.   This puts Africa at risk of asset stranding, especially in mineral resource-rich countries.

The report stands on deep contextual research from eight African countries; Angola, Ghana, Namibia, Nigeria, Niger, South Africa, Tanzania and Zambia and offers voices and insights from the continent often missing from the global conversation on resource use and climate change.

Africa’ Special Needs and Circumstances   The African continent emits less than 4% of the global greenhouse gas emissions, but remains most vulnerable to climate change, according to science and reality.

The common position of Africa going to COP27 is the push for parties to acknowledge Africa’s special needs and circumstances, as countries are compelled to invest 2-9percent of their annual budgets to local adaptation projects.

Augustine Njamnshi, Chair, the Technical and Political Committee, PACJA, wants the US to stop dilly-dallying and avail to African people its fair share of climate finance to build their resilience.

“We take note of his [Kerry’s] acknowledgement of the current devastation occasioned by floods in South Africa, Mozambique, and Uganda, which have killed hundreds and displaced tens of thousands and the Horn of Africa countries which are on their fourth year of drought, with more than 18 million suffering food insecurity as a result,” he said adding that mere acknowledgement does not help if the largest GHGs emitter fails to honour its historical commitments and pay its climate debt.

The CSOs asked African governments to avoid carrot dangling and manipulations from the US and other reluctant rich countries, which want to advance their selfish interests in the name of climate action.

According to Mamadou Barri, an activist from Senegal, Africans had expected Kerry to commit to supporting its agenda for the 27th Conference of Parties (COP27) to the UN Framework Convention on Climate Change set for Egypt in November.

“Chief of our agenda in COP27 is recognition of Africa as a region of special circumstances and circumstance,” he said.