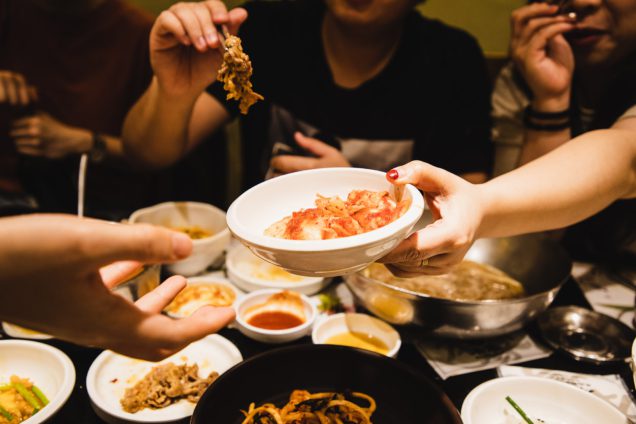 As time goes on, it’s becoming more and more common for both parties on a date to split the bill or join a game of my round followed by your round.

That must be really annoying for people who expect their potential love interest to fork out for the whole thing. Or, in one woman’s case, her entire family as well.

In an attempt at testing just how generous the man would be, the picky woman showed up to a romantic dinner with not just her parents (which would have been just as weird) but 23 of her relatives.

While the evening, no doubt, turned into a rowdy banquet it seems as if things didn’t go as the unnamed woman was hoping because the fella she was on the date with did a runner.

The date took place in the eastern Chinese province of Zhejiang where the woman met with a 29-year-old man known as Mr Lui, local newspaper Taizhou Evening News reports.

The news outlet stated that their unusual rendezvous had originally been set up by the man’s mother, who had grown worried about her son as he had been single for some time.

Mr Liu offered to pay for their meal – obviously assuming it would just be the two of them – but was shocked to arrive at the restaurant to find his blind date had bought her extended family along with her.

The woman later told Chinese media she’d wanted to test Mr Liu’s generosity by inviting her gang of relatives along to see if her potential partner would be charitable enough to pay for 25 people to eat.

Reports say the duo were able to reach an agreement that meant Mr Liu would pay for a small part of the meal, but that the bulk of the cost had to be shared among the woman and her family.

Of course, this soon developed into the age-old debate about who should take care of the bill.

Commenting online, one person wrote: “Men should pay out of courtesy. But bringing 23 people to the meal is unacceptable.” No s**t.

Someone else added: “If they like each other after the date, then the man should pay. If not, they should go Dutch.” I don’t think liking her was the problem, it was the congregation she had with her that he may have had to pay for.

DISCLAIMER: The Views, Comments, Opinions, Contributions and Statements made by Readers and Contributors on this platform do not necessarily represent the views or policy of Multimedia Group Limited.
Tags:
blind dates
Dating