Work romance: ‘I was sacked for falling in love’ 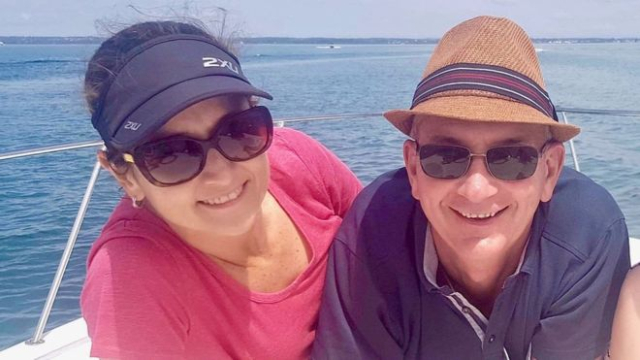 Australian businessman Gary Lyon still thinks it was “bizarre” that he lost his senior management job for dating a junior colleague.

But it all turned out for the best in the end – he has been married to Tamra for 12 years and they have an 11-year-old daughter, Charlotte.

Now Mr Lyon and his wife have their own company in Brisbane and he says he would be perfectly happy if two of his employees fell in love.

“It wouldn’t bother me in the slightest,” he says, “as long as it didn’t affect their work.”

Mr Lyon contacted the BBC after reading that McDonald’s had fired its chief executive Steve Easterbrook after he had a relationship with an employee.

The US fast food giant said the relationship was consensual, but Mr Easterbrook had “violated company policy” and shown “poor judgement”.

The issue has shed light on the difficulties that staff can face if they find romance at work, especially if one is more senior than the other.

In Mr Lyon’s case, he was an operations manager at a firm making doors and windows. He met the future Mrs Lyon when she joined his team as a project co-ordinator. After three or four months, they got together at an office function.

“I always liked her and she made it known that she liked me as well,” he said. “It went from there.”

At the time, he was 41 and she was 14 years younger. They initially kept the relationship secret, but eventually made it known that they were an item.

“You don’t believe it’s an issue for other people, but it transpires that it is, and you don’t see why, because it doesn’t impact your work,” he says.

“You spend a lot of time with people at work, so you get to know them quite well.”

After the couple had been seeing each other for about three months, he was called in and, as he puts it: “Then the hammer dropped.”

He lost his job, but she kept hers. “She was pretty upset, but there’s not much you can do. You’ve just got to keep going.” 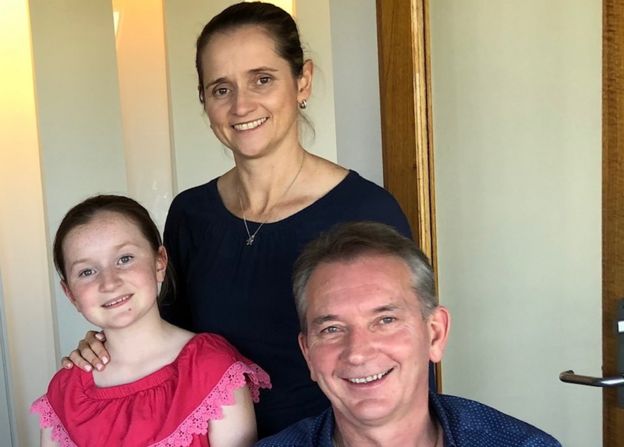 Gary and Tamra Lyon have an 11-year-old daughter, Charlotte

Mr Lyon says there was no clear workplace code in place about dating colleagues. He describes the decision as “very arbitrary” and says it represents “a very archaic view of the world”.

“Should managers be banned from dating subordinates? Not if it is consensual,” he says.

“You can’t choose where you find love, so why penalise both parties by firing one of them?”

According to various studies, between a quarter and a third of all long-term relationships start at work.

But of course, not all liaisons between co-workers are long-term. Some are flings, affairs, one-night stands – whatever you want to call them.

And a number of high-profile cases serve as a reminder of just how tricky life can get when human passions collide with corporate culture:

At the same time, the sexual harassment allegations against disgraced film producer Harvey Weinstein have made HR departments wary of any sexual activity between staff, especially in the US.

However, Ben Willmott, head of public policy at the Chartered Institute of Personnel and Development, says only a minority of employers have specific stand-alone policies on relationships at work.

“Most employers tend to take a different approach,” he says. “They will have policies on dignity and respect at work and preventing bullying and sexual harassment, setting out clear policies for dealing with complaints about inappropriate behaviour.”

Mr Willmott points out that under the Human Rights Act in the UK, employees have a right to privacy and a family life, so firms need to strike a balance.

“If you have a very prescriptive approach, it can suggest that you don’t trust your employees to act as adults in the workplace,” he says.

Of course, there is the potential for conflicts of interest if staff are not careful.

“If one of the parties in the relationship is responsible for the other’s appraisals, pay reviews, promotion opportunities and even work allocation, then there is danger of favouritism and from team members, perceived bias,” says Rebecca Thornley-Gibson, partner at City of London law firm DMH Stallard.

“There may also be issues where the more junior employee feels as though they cannot say no to amorous advances, and this creates a real risk of later sexual harassment claims against the manager and employer.”

Stopping relationships is not likely to be practical for employers, she says, but having policies to minimise any fallout from the relationship should be considered.

“This will involve having in place and communicating workplace policies on conduct at work, equality and diversity policies with a clear zero-tolerance towards sexual harassment, and also requiring employees to declare relationships that are likely to result in a potential conflict.”