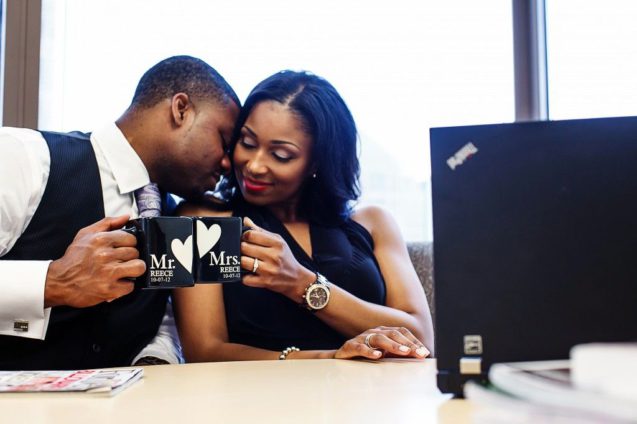 If you’re dating a co-worker, or are attracted to one, you just entered a whole new zone of controversies and office gossip. Dating a colleague feels like having a guilty pleasure or tasting forbidden fruit. You know that it’s against the rules but you can’t stop yourself from giving in to it either.

From Jake and Amy in Brooklyn 99 to April and Andy in Parks and Recreation, we’ve all seen our fair share of workplace romances. Well, sorry to break the bubble but workplace romance comes with its own set of issues often. As much as you may enjoy sneaking around, it has a dark side too. At times office affairs can spell doom for your professional life

According to a study conducted by Reboot Online on 2446 participants, 48% of the employees had dated a co-worker, out of which 36% indulged in an extra-marital affair with their co-worker.

The first thing that comes into mind before dating a co-worker is: Can you get fired for dating a co-worker? Well, if your office policies says so, then yes, you could get fired or transferred for your guilty pleasure. And don’t think that you’re one of the lucky ones if your office doesn’t have any such rule for dating co-workers, because then you are the hot topic for a hell lot of office gossip.

Be ready to face raised eyebrows and be under constant vigilance as your co-workers will be watching you like they watch a reality show.

This will become least of your concerns when you’ll have to compete with them for major projects and promotions. Not to forget the awkwardness that will kick in when the relationship ends. Feels too much, but sadly, it’s true. Dealing with a breakup with someone you see everyday, is another story altogether.

The first thing that you should do before dating your co-worker secretly is to establish ground rules. Discuss the various incidents in the workplace where you both could be in a compromising situation.

Ensure that you both don’t work in the same department, and work on the same project together. This is very important because allegations that you are being partial to each other are bound to crop up.

Discuss your career goals as well, as you both don’t want to be seen competing for the same position at the same time. Another red flag is to mix relationships with work. Establish that no matter what happens, you won’t mix your personal feelings with your professional relationship with him/her.

We all have our small little group of friends at work, where we love to share snippets of our lives with them. However, when you’re dating a co-worker, refrain from sharing the intimate details of your relationship with them.

You may tell them about your relationship and give casual responses like, “It is going well, still a bit early to say where it’s leading.”

Likewise, if you feel that a colleague likes you and you too have feelings for him or her, do not disclose details to avoid being a topic of gossip later.

3. Do: Keep your work life and professional life separate

Bringing your personal life to work will only make things more complicated. Imagine you both creating a scene at work because of a fight you had this morning. You don’t want that to happen.

You’ll no more be able to concentrate on work. Moreover, if the relationship doesn’t work out, your memories will keep haunting you even at work.

5. Do: Stick to your career goals

When it comes to workplace romances, somewhere down the line you’ll find yourself mixing your personal feelings with work. You may see yourself making career sacrifices to make your relationship work. Remember your career goals and stick to them.

A relationship that forces you to make career sacrifices isn’t a healthy one. Imagine yourself denying a promotion because it will hurt your partner’s feelings, you don’t want that to happen. Make sure you discuss about such situations with your partner beforehand.

Many a times due to your professional relationship with your co-worker, all that you both talk about could be work. Your partner isn’t your work wife or your work husband, with whom you just keep sharing details about your work.

You both need to share your lives with each other as well. Talk about your childhood memories, fears, dreams and fantasies. Open up to each other at a deeper and personal level. If you are looking at the pros and cons of dating a co-worker then this is a con you need to avoid. Constant conversations about the workplace can drain you.

7. Do: Think whether it’s worth it

Understand the risks of dating a co-worker. You could be fired if it’s against the company policies. You’re both risking your career for a relationship whose outcome you both don’t even know. Ask yourself whether sneaking around and keeping secrets is worth the risk.

And what happens if you go your separate ways? Coping and moving on after a breakup if you work in the same office can be tougher than you think.

Even if dating co-workers isn’t against company policies, ask yourself whether you’ll be able to focus on your career and will be able to take a stand for yourself when you’ll be competing with your partner for a promotion or a project. Choose wisely.

A common misconception that couples indulging in workplace romances have is that they won’t get caught. Secrets have a way of catching up and everyone in the workplace is more observant than you think. If dating a colleague has severe repercussions, there’s some thinking that you need to do.

It could begin as a rumour and with one thing leading to another, before you know it the entire office knows about your workplace affair. Someone is bound to connect the dots and word spreads fast.

9. Do: Discuss about handling things if you break up

We hate to think about the possibility of a break up, especially even at the beginning of our relationships. But when it comes to workplace romances, you need to think about all possibilities.

Imagine your relationship not ending well and your partner creating a scene at the workplace or complaining to the HR about the affair. Sounds like a Rom Com gone wrong, right? Dealing with office romances can get tricky and is not everyone’s cup of tea. Make sure that your relationship doesn’t turn into a workplace horror story.

10. Don’t: Keep working in the same office if things get serious

If you are looking for our tips for dating a co-worker then the most important thing we would tell you is that if your romance gets too serious and you want to look at a future together then it’s best for one of you to look for other job options.

Except for some IT firms most companies do not encourage spouses working in the same organisation. So if you are planning to get married it’s best to ensure that you work in two separate companies before you tie the knot.

Dating your co-worker seems right at the moment, you both belong to the same company, have same timings and understand each other’s work. You feel that no one can understand the importance of your work than this person.

Moreover, having the same timings means that you both get free at the same time which makes it easier for it to work. Pros aside, mixing your personal life with your professional one has its downsides. You don’t want to make your workplace another dating spot for you both.

Let alone the ego clashes and superiority complexes that you both could have. Ensure to talk to the HR about the company policies related to dating your co-worker before you begin dating. Also seek for dating a co-worker advice from someone who has experienced it before. Remember what is at stake and decide accordingly.